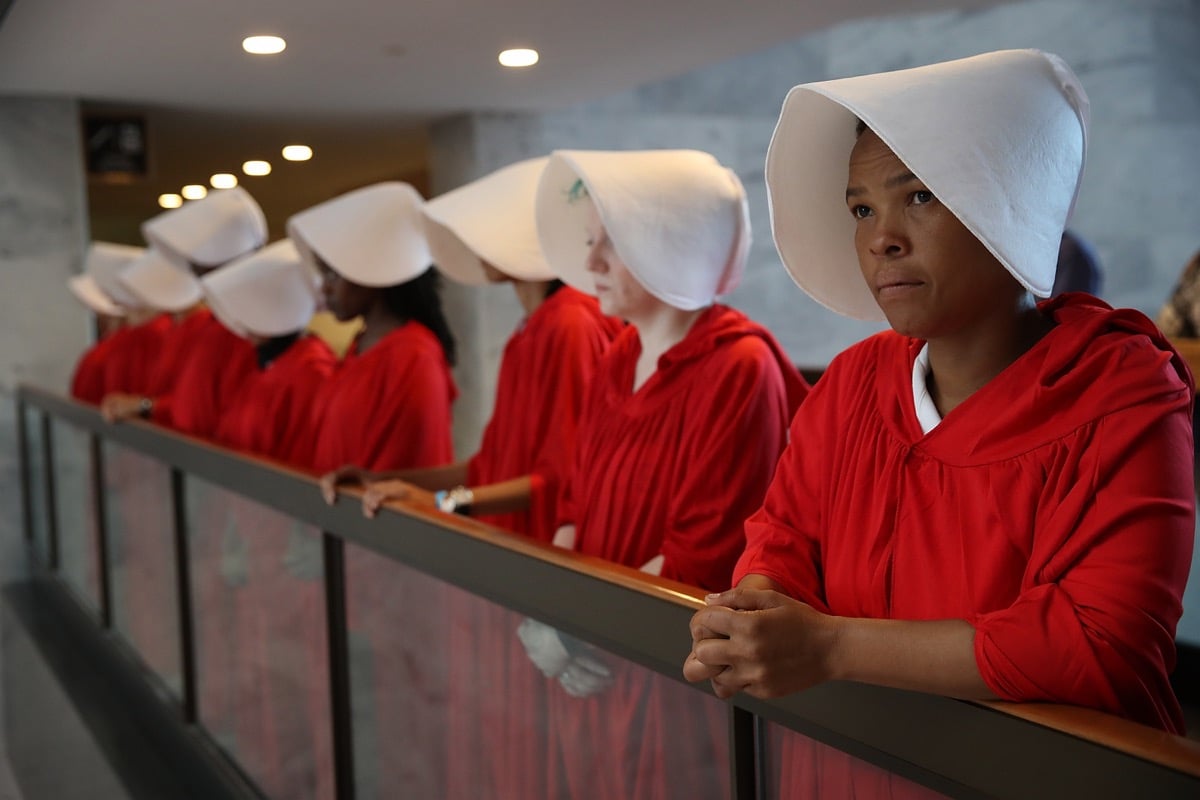 Georgia Governor* Brian Kemp signed a devastating bill into law today, outlawing abortions after a fetal heartbeat (or, more accurately, a kind of vibration known as “embryonic cardiac activity”) is detected, which usually occurs around the six-week mark. That’s long before many women even know they’re pregnant, meaning this law effectively outlaws pretty much all abortion—which was, obviously, the plan.

Some other states have fetal heartbeat bills, as well. Ohio’s governor signed theirs into law last month. Mississippi signed theirs in January. In March, a Kentucky judge blocked a similar heartbeat bill, allowing the state’s sole abortion clinic to remain open. Indeed, there’s a years-long history of courts blocking these sorts of bills, ruling them unconstitutional, but deep-red states continue to push for fetal “personhood,” like with the Alabama judge who allowed a man to sue a clinic on behalf of an aborted fetus, or Ohio’s requirement that women pay for funerals for their aborted fetuses.

Cases like these are designed to go to court. The anti-choice forces behind them are hoping to end up at the Trump-stacked Supreme Court, and they all want to be the state to get there.

Beyond being one of the most restrictive abortion bills in the country, the Georgia bill is especially cruel. It declares fetuses to be “living, distinct persons” and categorizes abortion as “homicide.” Dr. Lena Wen, the President of Planned Parenthood explained that “it criminalizes doctors who provide lifesaving care, and it even allows the state to investigate women for having miscarriages.”

This bill signed by @GovKemp is so extreme that it criminalizes doctors who provide life-saving care, and it even allows the state to investigate women for having miscarriages.

We will fight this bill. This is about patients’ lives. #StopTheBans https://t.co/PcUiWksoHW

Making all of this even more upsetting is the total illegitimacy of Brian Kemp’s governorship. His race against Stacey Abrams in November was overrun with widespread reports of massive voter suppression. As the then-secretary of state, it was Kemp’s job to oversee his own election, and yet, he refused to recuse himself from that task. Abrams finally recognized the race was over and that Kemp would have the job, but she refused to acknowledge him as having actually won the race, never officially conceding.

The man stole an election in order to steal women’s reproductive autonomy.

Georgia has become a major hub for film and television production, and back in March, about 100 local entertainment workers and high-profile celebrities signed a letter addressed to Sony, Netflix, Disney, Marvel, HBO, and Universal Pictures, asking them to cut ties with the state if this law passed. We’ll be keeping our eye on this to see if any of those studios are willing to take a stand.