George R.R. Martin is “Starting to Worry” That He’s Not Writing Fast Enough. You Don’t Say? 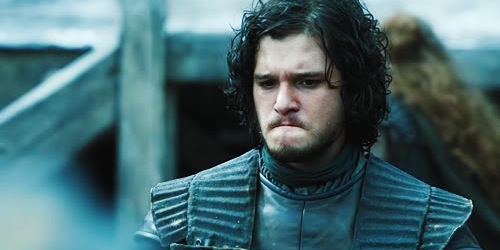 George R.R. Martin is not a fast writer. We know it. He knows it. HBO knows it. People who’ve never read any of the Game of Thrones books or seen the show know it. He still has two books to write, and the show’s chugging merrily along, with one of the two seasons based on book three premiering in a few weeks. At a panel discussion hosted by the Academy of Television Arts and Sciences Martin had a few things to say on the possibility of Game of Thrones-the-show catching up with Game of Thrones-the-books.

“Well, I’m writing book 6, The Winds of Winter. I’m starting to worry because everybody keeps asking me, ‘What are you going to do, if… the show catches up to you?,’ and I didn’t think it was a problem before, but they’re moving faster than I am and it’s beginning to scare me. I have not failed to notice this. I feel sometimes as if I’m laying track for a railroad and I can hear the locomotive coming up behind me. It’s building speed and I see the smoke and I hear the whistle coming, and I better keep laying that track pretty fast ‘cause I’ll get squashed, if the locomotive comes. But I still have a pretty considerable lead, or at least that’s what I’m telling myself. Season 3 is only the first half of book 3. Season 4 will be the second half of book 3. And then I have book 4 and book 5, and those are gigantic books which have to be recombined because they’re actually parallel. I’m hoping those will be at least two seasons, maybe three. That will give me some time to finish book 6. By the time they’re doing that season, I’ll be writing book 7. That’s my story, and I’m sticking to it.

But… but George. That’s giving yourself four or five years to finish book six, and then just one year (when the show’s filming the last A Feast for Crows/A Dance with Dragons season) to do book seven. That won’t work. You need to rethink this. The train, George! The train!

On top of his work with Game of Thrones, Martin has also signed a contract with HBO to develop a second show for them, though he admitted on the Game of Thrones red carpet that the “3,000 pages” he has left to write for books six and seven are still his “first priority.”

But still. Humor us, George. What ideas are bouncing around in your head for that second show? He said he has “some ideas for some pretty cool new series,” among them a sci-fi show and some historical dramas. And if he decides to keep in in Westeros, well, we might get a Game of Thrones prequel:

“I have been writing for a number of years, a series of novellas set in the same world, in the world of Westeros about 100 years earlier, about two characters called Dunk and Egg… I’ve published three of those novellas – The Hedge Knight, The Sworn Sword, and The Mystery Knight – and I have in mind about nine or ten more novellas about the adventures of Dunk and Egg. So, we have been playing with the idea of doing those, you know, as prequels. They would be prequels in a sense they’re 100 years earlier, but in the same world. They’re somewhat lighter in tone than the main series, a little more adventurous but my fans love them and I love the two characters too, and it all ties into Westeros. So maybe, maybe that will be what we do, we’ll see.”

Granted, I’ve yet to read the Dunk and Egg novellas, but this seems like it could be cool. Still. One show at a time.