Even George R. R. Martin Is Over 2016 Despite It Being Exactly the Kind of Year He Would Write 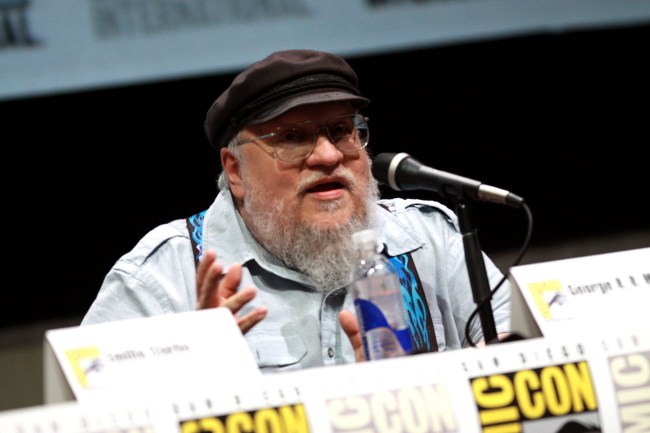 For those of you cursing 2016, you’re not alone. It’s a tough year to look back on after the loss of so many including Muhammad Ali, Prince, David Bowie, Alan Rickman, Janet Reno, Gene Wilder, Patty Duke, Maurice White, Kenny Baker, Gwen Ifill, Anton Yelchin, Alan Thicke, George Michael and, most recently, Carrie Fisher. And while many are looking to blame George R. R. Martin because of his penchant for killing off fictional characters, know that he’s just as fed up with this year as you.

“Death, death, and more death… this year just keeps getting worse and worse,” he wrote in a Livejournal post. “There is not much I can say about the death of Carrie Fisher that a thousand other people have not said already. She was way too young. A bright, beautiful, talented actress, and a strong, witty, outspoken woman. Princess Leia will live as long as STAR WARS does… probably forever…”

He went on to commemorate Richard Adams, who wrote Watership Down, by adding that “Adams was a wonderful writer” who deserved a life achievement award by the World Fantasy Convention. Per the BBC, Adams died peacefully on Christmas Eve but news only broke on Tuesday—the same day Fisher passed away.

Martin concluded his post with some words many of us have already lamented in one form or another. “A wonderful actress, a great writer. The world is poorer tonight. Please, let this wretched year come to an end,” he wrote.

(via Gizmodo, image via Gage Skidmore/Flickr)