Geopolitics of Horror: Natalie Dormer and The Forest | The Mary Sue

The Geopolitics of Horror: Natalie Dormer and The Forest 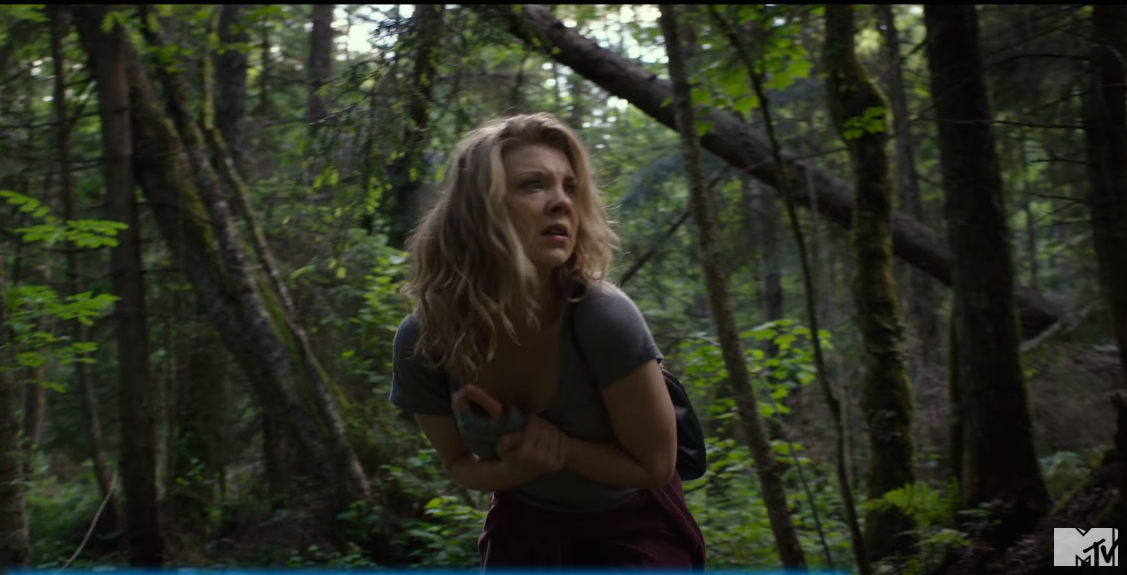 It’s not a new thing for horror stories to turn to foreign spaces for atmosphere. Early Gothic novels were set in southern Europe, to elicit certain fears built on stereotypes, anti-Catholic sentiments, and romanticized images. Ann Radcliffe wrote stories like The Mysteries of Udolpho and The Italian despite never leaving Britain simply because these spaces were Romantic, signaled certain sexual or political dangers, and felt more exciting. With colonialism, horror stories from Africa, Asia, and other spaces started appearing based on notions of primitivism, “savage” cultural practices, and general racism. The fear toward Haiti and Haitian Vodou you see in films like the 1932 White Zombie, for instance, are largely rooted in the fear and panic that spread through Europe after the revolt in 1791.

Which brings us to The Forest, an upcoming film starring Natalie Dormer that’s set in Aokigahara, also known as the Suicide Forest in Japan. The film follows Dormer as Sara, an American who comes to the forest to find her sister who’s gone missing there. Sara, despite warnings, is convinced her sister is still alive (they have a special connection) and has to deal with the angry souls who couldn’t find rest haunting the forest. I first saw the trailer for The Forest when I went to see Crimson Peak. As Natalie Dormer ran frantically and shots of dead bodies appeared on screen, my friend whispered to me “that’s a real place, I’m not sure that’s ok.”

The Forest is part of a long tradition of narratives that play off of the foreign as exotic, exciting, dangerous, and scary. These stories are, at best inaccurate and juvenile, and at worst, highly offensive and racist. The trend of using foreign spaces and foreign tragedies as backdrops for white protagonists is one that needs to die, like, a century ago. Joanna Sing at gal-dem points out that a American horror movie capitalizing on “a site of trauma and tragedy” seems to be in horribly bad taste, especially by placing a white women at the center. Sing notes that Aokigahara is the second most popular suicide destination in the world; second to the Golden Gate Bridge. If Zada had selected the Golden Gate Bridge as his setting, she asks, would a western audience react more critically than if it was in “exotic, alien Japan?” Zada’s whitewashing of Japanese suicide, Sing argues, not only “[continues] the dehumanization of east Asians onscreen, he dehumanizes east Asians in real life.” Prioritizing a white character in a Japanese setting that’s as culturally significant as Aokigahara gives me the message that people don’t empathize with non-white characters and the stories of the actual people aren’t worth telling (or worse, inspiration for entertainment).

Suicide in Japan is a very serious issue. The BBC states there were approximately 2,500 cases in 2014 (3X the rate in the UK). Many point to the cultural history of “honorable suicide,” financial pressure (insurance companies paying out for suicide), unemployment, bullying, and social isolation. There’s especially a lot of writing on the ways mental health issues are often overlooked and talking about them feels very taboo. Monica Chang’s piece for The Odyssey calls The Forest a missed opportunity to memorialize or dive into the trauma and realities of suicide. Instead, making it into a film “to scare and entertain people” leans more towards “[sparking] hatred for those who have history with the forest.” Chang also references a post from The Love Life Of An Asian Guy‘s Facebook page which calls for a boycott of The Forest, discussing the history of Aokigahara, the suicide epidemic, and the erasure of mental health issues in Asian communities as a whole.

Bloody Disgusting posted an interview with the producer, director, and cast of the film, and this passage speaks a lot to me about how the space is treated in the film.

“It’s been called the most beautiful place to die”, comments director Jason Zada about the infamous forest, his voice heightened with curiosity and excitement. “In building the forest as sort of the bad guy in the film, and being this dark evil presence, we made the decision based on all of my research and everything that we’ve done, that the forest isn’t necessarily evil, it has the ability to show you kind of the sadness that’s inside of you, and to enhance that and to manipulate you. The forest doesn’t kill you, you kill yourself. It’s the idea that there’s a place that could show you the worst things about your life. I think people are attracted to it, the people that have that darkness inside of them, that the forest just uses it and enhances it”.

I’m very uncomfortable with the way that Zada seems to romanticize the forest, and it seems that any of the cultural reasons that the people go to the forest in the first place are completely erased from the film.

If you want to learn more about Aokigahara, this short documentary from VICE has geologist Azusa Hayano taking you through the forest. It’s a brutally honest and upsetting 20 minutes that shows the reality of the forest, and the people that go inside. Hayano, completely by accident stumbles on a tent, a suicide note, a suicide manual, ropes, and other items that people brought in. It’s a bit frightening to watch, but you’re always aware that these objects were left by real individuals, not just the backdrop for an outsider’s journey. Hayano talks about one incident where he talked to a boy who survived a hanging for an hour or so out of making a second attempt, and we also see him talk to a man inside a tent to try and raise his spirits.

The Forest comes into theaters next week. I won’t be seeing it.