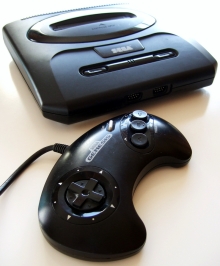 Literary analysis is one of those things that often draws the short end of the stick. To those that don’t actually participate in literary analysis, the whole process and results can seem a little inside baseball. Who really wants to talk about the literary theory of deconstruction unless they’re already invested in it? Sometimes, though, literary analysis can provide real gems. For example, researchers have discovered what they’re calling the “Genesis death sandwich” literary theme in the first book of the Bible. Yeah.

Essentially, Genesis uses a technique called bracketing where one literary theme is mentioned between mentions of two other themes. It seems simple, but it’s a pretty common structure. In the case of Genesis, researchers at Keele University in the United Kingdom and Amridge University in the United States discovered that the book both begins and ends on the theme of life, but squishes death between the two.

Thus we have “Genesis death sandwich.”

The discovery was made possible by Search Visualizer, a text-analysis tool made by Dr. Gordon Rugg from Keele University. The tool puts entire texts into a grid with squares representing words and colored squares for search keywords. The relationship between “life” and “death” in the King James version of Genesis was apparent when fed through Search Visualizer.

Dr. Rugg’s pretty clear on what exactly this means:

This is a significant discovery for historians and theologians interested in the Old Testament, and shows that whoever wrote the version of the text that been passed down to us was clearly employing this rhetorical structure. Whether this was done consciously or subconsciously will probably remain a mystery, although possible reasons for the pattern might be to soften the negative messages of death, or perhaps to juxtapose life and death for greater impact.

Regardless, at least we got Genesis death sandwich out of the whole thing.