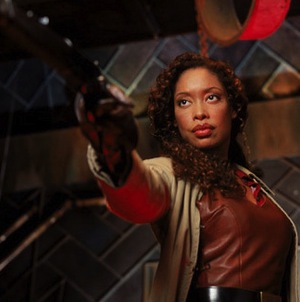 I recalled a comment that I read on TMS a little while back, to paraphrase it went a little bit like this: ‘Gender swapping is lazy, make your own characters!’ To me this misses the point, gender swapping characters can be a very powerful message about gender stereotyping. If you don’t believe me you were living under a rock when the all-women Ghostbusters was announced.

I’d love to see women in the lead roles of what have been traditionally taken by male action heroes. The impact would be huge; a woman, hitting on guys, shooting bad guys, taking the lead and responsibility and still getting to rescue the helpless man. It would be awesome! Oddly I wrote that line before Mad Max came out, Imperator Furiosa wasn’t a gender swapped Mad Max but she had aspects of the traditional male action hero and kicked butt on screen.

Look at the fuss that caused, how dare a movie have a strong female lead! Infamously and hilariously, misogynists called for a boycott. That didn’t work, and Fury Road has raked in over $300 million before it has even opened in Asia. So what if some of the largest male action hero roles were recast as women?

This is your future, women kicking butt in Hollywood: 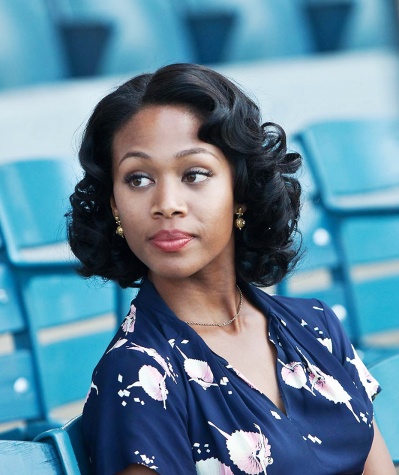 Indiana Jones: Nicole Beharie (Sleepy Hollow). Just look at her and tell me she’s not the perfect Indiana Jones. Try it, doesn’t work because she’s PERFECT. 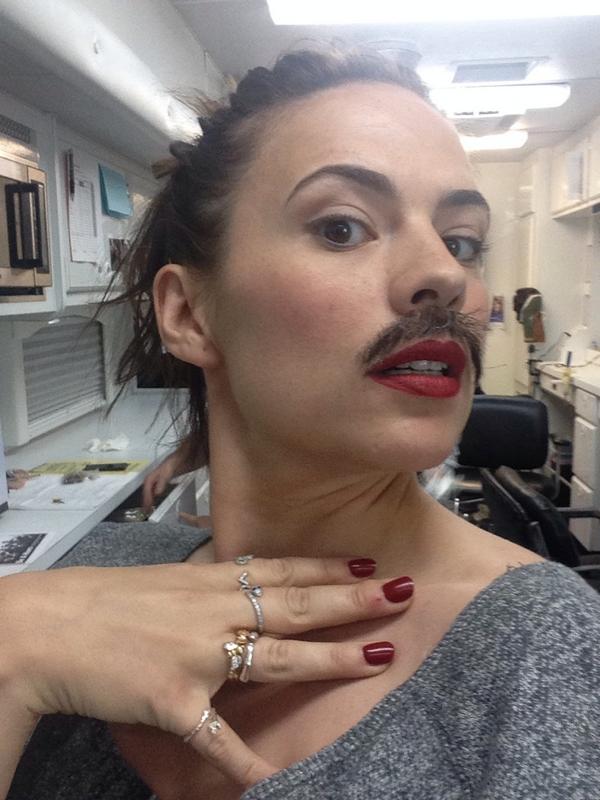 Sherlock Holmes: Hayley Atwell (Agent Carter). OK not her best Holmes picture but I couldn’t pass that photo up. She has the bearing and accent to pull off both the gravitas and concentrated mix of eccentricity and focus that is Sherlock. (image via Hayley Atwell on Twitter) 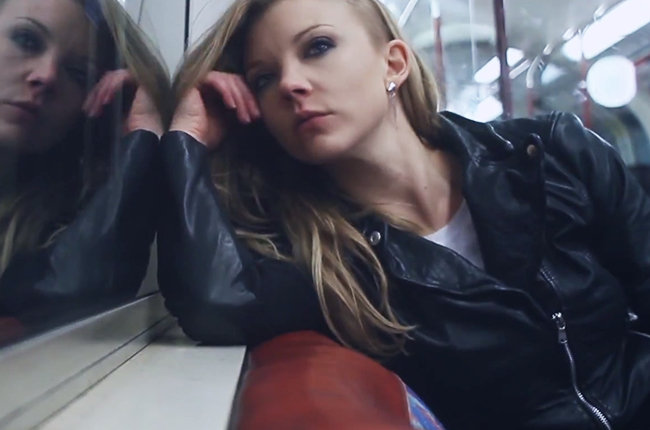 Doctor Who: Natalie Dormer (Game Of Thrones) has the right amount of bonkers and otherworldliness to easily fly through space and time while keeping one eye on the backwards humans that can’t ever manage to save themselves. 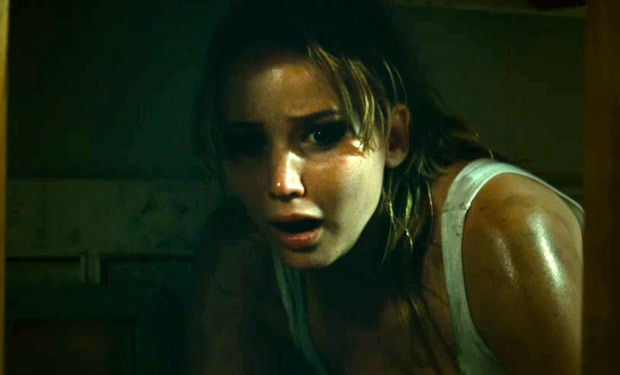 Die Hard Guy: Jennifer Lawrence (she’s in everything) could play John McLane. For a woman version of Bruce Willis Jennifer is my go to. She’d walk over glass and still kick you so hard you’d do a bad german accent. 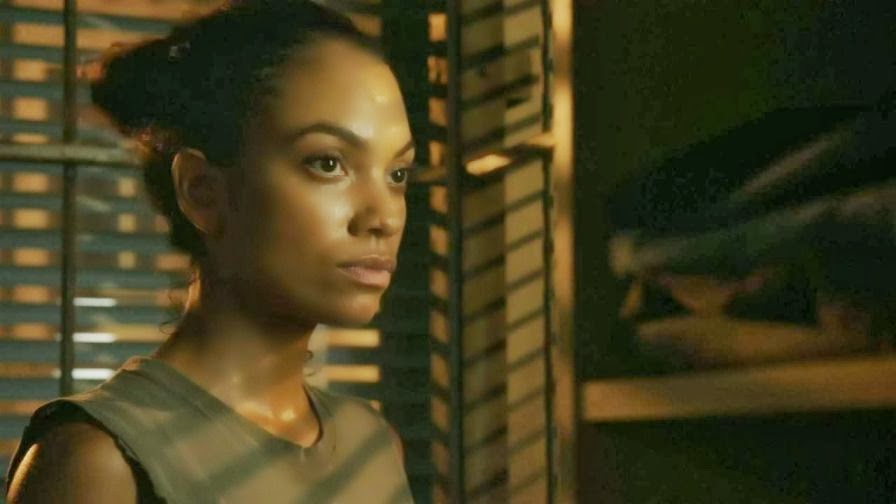 James Bond: While it pains me not to pick someone English, I go for the almost-Englishness of Canadian Lyndie Greenwood (Sleepy Hollow). She would play a Bond that would down the dry Martini, casually sneak a grape, shoot the villains and bed at least two hot guys a movie all without ruffling a hair. It would be awesome. 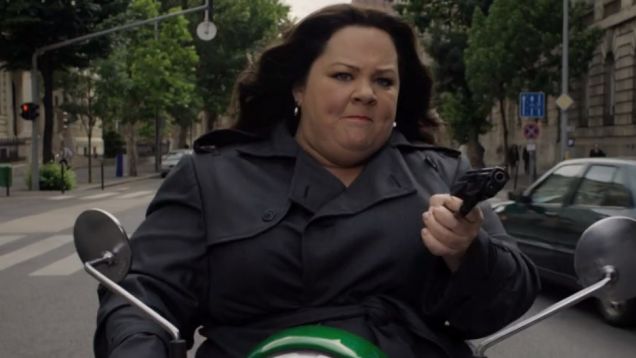 Star Lord: Melissa McCarthy (Bridesmaids) can easily pull off both the wacky goofiness required of Starlord and the charm of pelvic sorcery. 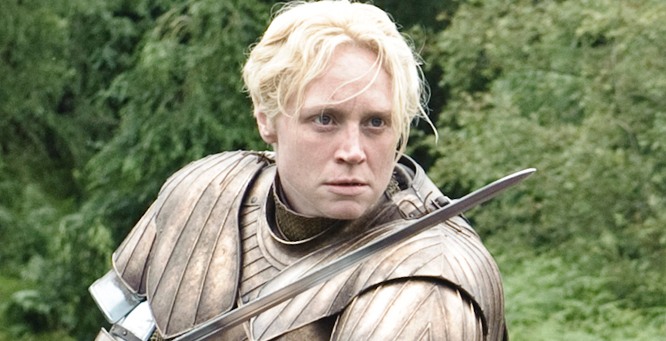 Thor: Gwendoline Christie (Game Of Thrones) is the perfect Thor. Hands down. She’s the imposing lightening quick Thor you need for all your hammering requirements.

Vision: Tilda Swinton (Grand Budapest Hotel, Only Lovers Left Alive). Oh Tilda, how we love thee! She so striking, angular and powerful, it’s a crime not having her blow more things up. 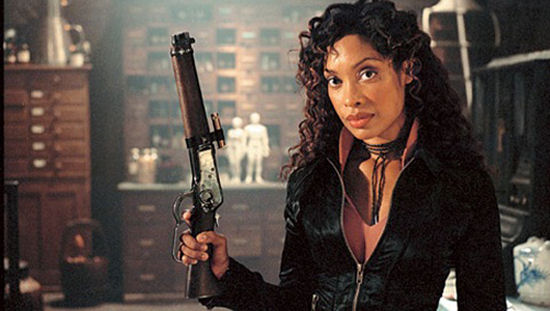 Wolverine: Gina Torres (Firefly). You don’t cross Gina, she’d snikt you so fast you wouldn’t even know you’d been snik’d. Until your insides fell on you shoes. She’s that good. Also, as an aside, I would LOVE Gina as a live action Wonder Woman too, she aced the voice work.

So before you hopefully fill the comments below with your suggestions for gender swapping Hollywood I’m going to throw you a few more suggestions:

Now go for it, which action guy should be replaced with an action woman?