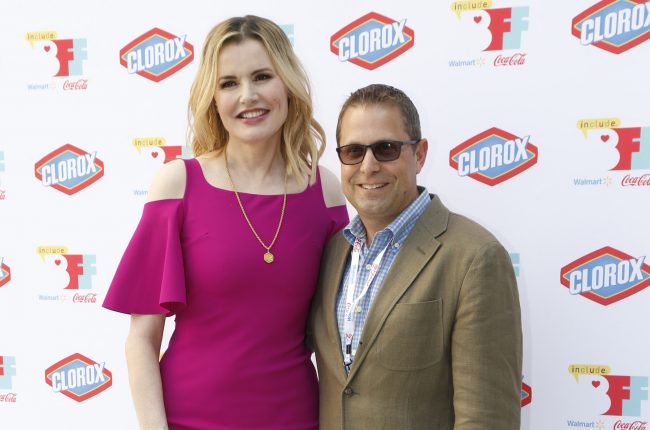 It’s no secret that we here at The Mary Sue respect and admire Geena Davis for her work in bringing gender and diversity to the forefront of conversation. The Geena Davis Institute on Gender in Media provides essential research on things like how much money movies starring women make compared to ones with male leads and consistently disproves arguments against greater representation in Hollywood. That’s why I jumped at the chance to speak to her about said topics during the third annual Bentonville Film Festival.

They say never meet your heroes but in this case, I’m glad I did. She dropped some serious truths about women and people of color in a film that I think more in the industry need to be aware of.

The Mary Sue (Keisha Hatchett): With the Geena Davis Institute for Gender in Media, you essentially started a movement. Does it ever get overwhelming?

Geena Davis: No. I’m the type of person that takes everything too far. I have to choose carefully what I get involved in because I literally go 1000%. With this topic, I didn’t intend to take it this far in the beginning. I noticed when my daughter was a toddler and I started watching little kids stuff with her … it seemed like there’s far more male characters than female characters. As a mother, this makes no sense. Why would we show kids a ’50s version of life in the 21st century? So I just started mentioning it to people and every single person in the industry said, “That’s not true anymore.”

They were very sure about it and very sincere. And then they would name a movie with one female character as proof that gender inequality had been fixed. I was so mystified by this. They evidently think one important female character, might even be the lead, covers women. And so they’re still making things that look like Snow White and the Seven Dwarves. I’m not just talking about Disney, I’m talking about everybody. They’re not realizing how bereft of female presence the worlds that they are creating are.

So that’s why [Geena Davis Institiute] grew and grew. Because I decided I wanted the research so of course, I did the largest study ever done on gender depictions in kids’ TV and movies. We’ve just grown and grown since then. In 2015, [my co-founder Trevor Drinkwater] launched the first Bentonville Film Festival, which added diversity, and is very much about behind the camera because I was focused on on-screen representation. It also deals with onscreen [creators] but [it’s about] who’s the storyteller. How do we get more diversity and inclusion in our storytelling?

TMS: We’ve seen greater diversity with movies like Hidden Figures and Rogue One but there’s still a resistance. How to do push that even further?

Davis: One of the problems is that still, people think the success of movies with diverse characters or female characters is a one-off. As many movies that have come out starring female characters that were gigantic hits … Still people think, “Well, maybe that was just a one-off. Men don’t like to watch movies about women so we should really make everything about men because women will watch whatever but men don’t wanna watch women stories … which is completely not true.

Research shows that and anecdotally if you look at the success of like Star Wars with a female lead character … I think we need to put that [idea that men don’t want to watch women] to rest. But it still persists and so something like Hidden Figures, we desperately wanna think this changes something. It was a huge success. People are starved for that. [My institute] looked at the top hundred films of 2015 and 2016 and films starring a female made 16% more money at the box office than films starring a male character. And we also know movies with more diversity make more money. So I really feel like this is gonna tip at some point.

TMS: Do you think we’re giving big movies like Marvel’s Avengers more credit than they deserve for their diversity?

Davis: We have a philosophy here at the festival called “Progress versus Perfection” and we feel like we have to applaud steps. Not necessarily tiny little baby steps but if somebody’s making an effort, we say, “Yeah! That’s good! Keep going!” Our whole philosophy is never to shame and blame. It’s all about encouraging. We definitely want to encourage people to go in the right direction. Disney now makes so many movies starring female characters. They make more movies starring a female character than starring a male character … and they’re gigantic hits.

So I think this is all gonna happen and I think it’ll happen on screen much quicker than behind the camera. With on-screen depictions, people didn’t realize how empty of diversity and females their movies were. When you show them the numbers, they’re horrified and willing to do better. But everybody knows the numbers for directors and writers. Everybody knows there are only 4% of female directors. That knowledge doesn’t make people go ‘Oh! We gotta do better!’ so it’s a big problem.

TMS: In honor of A League of Their Own’s 25th anniversary, what’s your favorite scene from the movie?

Davis: I think when I catch the ball with my bare hand. That was fun to do. And I loved how Madonna and Rosie [O’Donnell] acted out that scene. That was funny … All the stuff with me catching the ball in a weird way like doing a split or behind my back.

The Bentonville Film Festival, which was founded by Davis and Trevor Drinkwater, celebrates diverse filmmakers both on-screen and behind the cameras. For more information, head here.