Geektastic Musicians That Deserve More Attention Than They Have Received 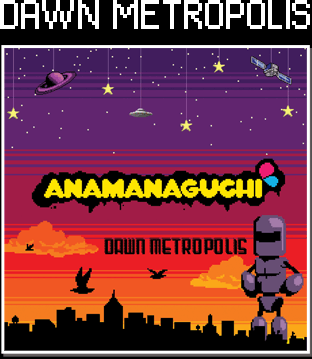 Anybody that has played Portal — or at this point, heard someone espousing the virtues of Portal — has likely come across the musician Jonathan Coulton. His song from the ending credits, “Still Alive,” has reached near mythical status in the realm of geekdom and potentially beyond.

But Mr. Coulton is far from the only geeky musician out there. There are some obvious inclusions in a list of geeky musicians, such as mc chris, Freezepop and, of course, Weird Al. There are also, however, a number of musicians, bands and groups that exist just far enough out to the side of what might be considered mainstream that they deserve to be spotlighted.

This is by no means comprehensive. For more artists, check out Nerdapalooza or Penny Arcade Expo. The first is a nerdy music festival while the second typically has concerts at night featuring many of these artists and more.

One of two acts listed here with close ties to Mega Man, The Protomen are probably the only one that can also genuinely be listed as a rock band. Their roots shine with varying clarity from one song to the next but “Unrest in the House of Light” sounds a bit too much like The Animals and other bands to ignore.

Though the group is based out of Tennessee, not a whole lot seems to be out there about them. Even their page on Wikipedia is strangely sparse with information. But then, the life of a rocker from Tennessee that crafts songs based on the Mega Man franchise is clearly a mysterious one. Like, that’s some Sam Elliot level of mystery.

Anamanaguchi has been kicking around for a few years now, as evidenced by this Kotaku piece from 2009. It’s only been in the past year or so that they’ve really come into their own as a group and hit some fairly major achievements–not that they hadn’t produced some excellent music before then.

There’s something to be said, though, when a games studio like Ubisoft entrusts you to write the entire soundtrack for a game like Scott Pilgrim Vs. the World: The Game. That trust probably comes from listening to tracks like “Helix Nebula” over and over again and wishing so very hard that they’d write a soundtrack for a game, any game, right that instant. Well, now they have.

3. Zilla Persona
Though he might not have the track record of the other artists included here, Zilla Persona has to be my favorite newish nerdcore rapper. Sure, that’s a pretty niche area to be the favorite of anything. I’m sure he’ll take what he can get, however, and hey, he’s the favorite something of somebody, so there.

If you’ve heard of him, it’s probably because he’s an avid League of Legends player. In fact, he won a contest hosted by them with his song “LoLFail” and even played at Riot Games’ PAX East after party. There’s not many of his tracks out there as of yet, but he’s definitely one to keep an eye on.

George & Jonathan consists of, unsurprisingly, George Michael Brower and Jonathan Baken. Their website showcases a number of songs which could fall under a variety of labels. Chiptune, video game music, whatever. If you’re really into that sort of thing, I’m sure it matters. Otherwise, you’re just in it for the cool tunes. Originally described to this writer as the fulfillment of “Gosh darn, I sure do wish I had a sequel to the soundtrack of Sonic the Hedgehog 3.” And that’s pretty accurate to say the least. One listen of “Out With My Girlfriends” should be enough to satisfy any skeptics.

Paul and Storm are the equivalent of a Weird Al cover duo band that sings original songs. I’m not positive if they’d be pleased to be described in such a way, but it feels pretty accurate to do so. They also happen to be the one group you’ve most likely heard of before, as they’ve been around since 2004 and have played at a few Penny Arcade Expos since then. But really, they deserve more praise. Sure, this video for “The Captain’s Wife’s Lament” might be nearing three years of age, but it’s still as fresh, goofy and hilarious as it was the day it went up. I could say more, but it really is something to be experienced rather than told about.

Random, or Mega Ran, is a middle school English teacher. He also happens to be one of the most impressive of the smaller nerdcore acts out there. For one thing, the man has an exclusive licensing agreement with Capcom. Though I suspect not many artists might actually want such a thing from a video game developer, it’s also true that not many who want it, achieve it. Random is one of the few who did.

His best licks — as the lingo goes — come off his most recent release, Black Materia: Final Fantasy VII. Prior to listening, I’m not sure I would have ever thought that Nobuo Uematsu could use some fresh beats laid on top of his masterpieces. Now, not only do I not question it, it could be said that I am thirsting for more. One only hopes that Final Fantasy VIII is next.