The Geekosystem Podcast Episode 30 “Snakes and Dongs” Is Here

This episode is 100% like Batman—aside from all the dongs. 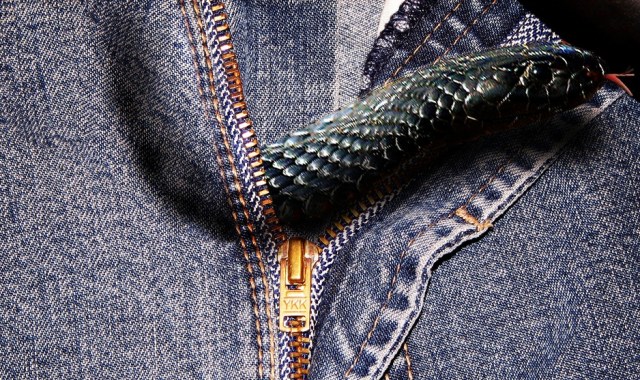 This week, Team Geekosystem set out to talk about the important issues of the Internet: snakes and dongs. We also talked about Showtime’s new series, Penny Dreadful, and had a pretty rare circumstance where Glen, Victoria, and Sam (though not present) all agreed on something.

You can listen to the episode right here or subscribe on iTunes to get it directly like a little gift every week. We wouldn’t even mind if you left us a nice review, either.

We also talked about the Constantine trailer, whether or not we’re excited about the new Gotham TV show (Glen and I sure are), and got on a bit of a tangent about Lost. We also tried to work through our feelings about Community‘s cancellation, and we fondly remembered the lessons it taught us and hope it made everyone a smarter television viewer.

My pick this week is the show Video Game High School, which I started watching because I was too tired to turn it off but stuck with out of fascination.

The series’ website describes it as “an action/comedy web series about best friends, first loves, and landing that perfect head shot.” From that description, sure, maybe the show wasn’t designed for adults, but VGHS is similar to Adventure Time in that it has a surreality that can appeal to all ages (at least that’s my defense). I would recommend the show to Harry Potter fiends, gamers, and anyone willing to try a low budget-ish drama like Degrassi. The first two seasons and a movie are available on Netflix, or you can watch episodes on the show’s Youtube channel.

Glen is amazed that Apple’s iMovie has become a usable piece of software since the last time he tried it: 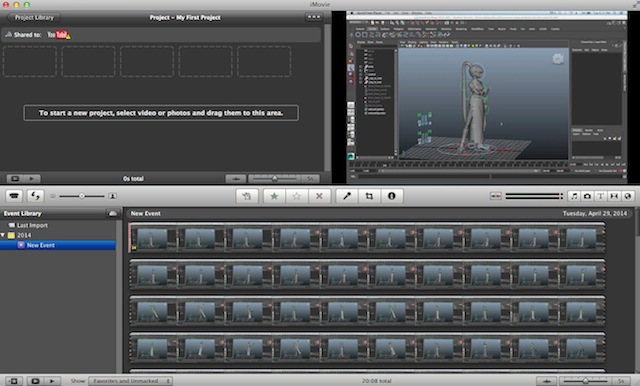 This week I’m somewhat reluctantly picking iMovie. I say reluctantly because I’ve spent most of adult life thinking iMovie was a joke, something people use to add star wipes to their vacation videos, and little more. I went to school for film where I learned to edit with Final Cut and Avid — “real” editing software.
I had to install iMovie to pull some footage from a camera. The project was pretty straightforward, pulling clips and piecing them together, so I figured I may as well try to do it in iMovie, and I was really impressed with how easy the process actually was.
It’s still a little simplistic compared to Final Cut and the like. It’s tough to be very precise, and it’s not something I’d want to try to try to cut a feature-length project with, but it is able to work with full 1080i resolution footage natively without the need to constantly be rendering.
If you have a Mac and you’re looking to get some simple video editing done, iMovie is surprisingly equipped to meet most needs. 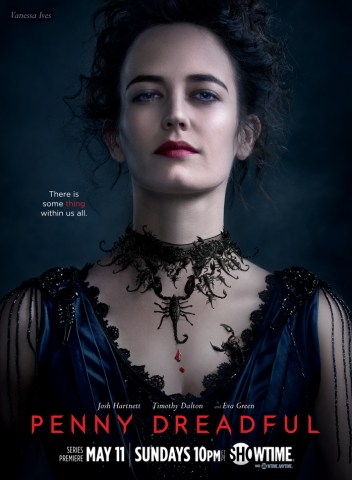 This week, I’m going the easy route and recommending a show we’ve all been talking about ad nauseum on Twitter and on the website, which is Showtime’s Penny Dreadful. Basically, imagine League of Extraordinary Gentlemen, but with all the literary characters you don’t care about replaced with more interesting people (Like Alan Quartermain, for example, who gets switched out for another white colonial African explorer who’s also played by a former Bond), and all the books you do care about—specifically Dracula, Dorian Gray, and Frankenstein—get explored in an incredibly nuanced way that feels very true to the spirit of the original texts.

This isn’t actually something you can go out and see this week, but you can now buy tickets to it, which I absolutely think you should do. RiffTrax is one of the later casts of Mystery Science Theater 3,000 (Mike Nelson, Kevin Murphy, and Bill Corbett) making fun of movies just the way you remember from the good old days.

They also do live events where they make fun of a movie in person in a theater, and they broadcast it live to hundreds of theaters around the country. So, if you can’t make it to the State Theater in Minneapolis where they’ll be riffing live, you can get tickets from Fathom Events to a simulcast on July 10th (or a rebroadcast on July 15).

(Featured image via vipez, others via the things we picked)