“Good Work, Gumshoes!” Episode 29 of The Geekosystem Podcast Is Here!

We couldn't get Rockapella to do the theme song this week :-( Where in the world was Glen when this episode was recorded? That’s not important. Victoria, Carolyn, and Dan carried on without him to talk about Godzilla, action figures, spending cash money (on action figures), the Tinder for jobs, vampire mice, the Twitter/Amazon deal, and their Editors’ Picks for the week.

Listen to the show right here, or you can subscribe in iTunes.

Over the weekend, Dan saw Godzilla and although he’s not allowed to talk about it yet, he can talk about the prequel graphic novel. What he can say is that it’s better than the 1998 version, but come on — of course it is.

Is looking for work not enough like looking for people to hook up with? Jobr might be the app for you. It’s a job-search app built to work like the dating/random sex app Tinder.

There’s also a new study about how injecting young blood into older people could have anti-aging benefits, so vampires may have had it right this whole time.

They also go into a weird tangent about a joke I tell on stage about the time my infant daughter’s face was covered in blood. If you’re curious about the joke they’re reference, here it is:

There’s also a lot of talk about what kind of cereal I would make if I suddenly became a cereal magnate. I can’t confirm or deny that I have any cereal plans in the works, but if I did, their marshmallow bow ties idea would probably make the cut. I would definitely not call it “Tickle Bits.”

As for your Editors’ Picks this week, Dan’s thinks you should check out the Godzilla: Awakening graphic novel when it hits stores tomorrow.

My editor’s pick this week is the prequel graphic novel for the new Godzilla movie, Godzilla: Awakening. It’s a great bit of backstory to set up the reboot that gets in touch with Godzilla’s origins and updates him for a serious reboot. If you’re interested in the movie and hoping it turns out well, check out this book. I think you’ll be happy to see the interesting story Legendary has come up with to bring Godzilla back.

The book is in stores on Wednesday, May 7. I’ve already got a review of it right here on Geekosystem, and you can read my interview with Max Borenstein, who co-wrote the graphic novel and wrote the movie’s screenplay, when it comes out on Wednesday. 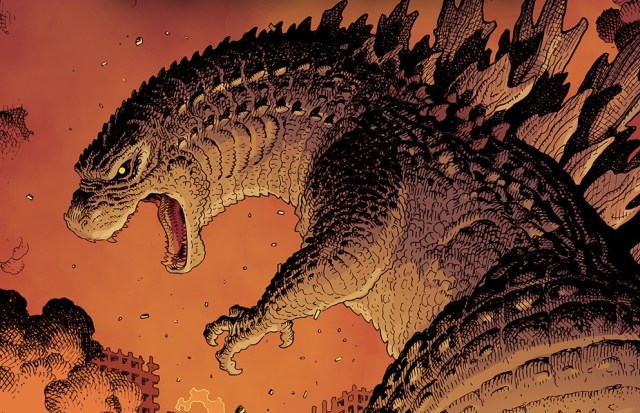 Carolyn’s pick this week is fashionable and unsettling, but in a good way.

My Editor’s Pick this week is Mondo’s new line of clothing and home decor, Mondo237. The line is inspired by Kubrick’s The Shining, and although I don’t have the old-granny cred necessary to actually wear of this Fall collection I just like knowing that designers out there are interested in Room 237. The pieces should all be great conversation starters for anyone who wants to dress like a carpet and discuss moon landing conspiracies– not me, necessarily, but I’m glad I live in a world where doing both those things simultaneously appeals to someone. All items are available now for pre-order and will be shipped at the end of August. 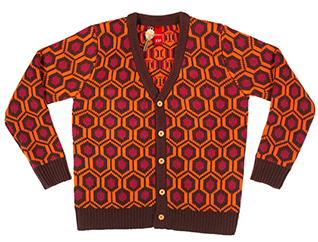 Victoria wants you to check out an anime. Or maybe she doesn’t? We can’t figure it out.

My pick for this week is the first 15 episodes of Sword Art Online — maybe the whole series if you’re okay with gross Damsel-in-Distress Legend of Zelda rip-off storylines. But I’m getting ahead of myself here. Sword Art Online is a 2012 anime based on a series of YA novels in Japan, and depicts a group of video game players 10 years in the future who log into to a new virtual reality MMORPG and discover that they are trapped in the game and must defeat it without dying if they want to escape. There are some plot holes and inconsistencies, as well as some admittedly gross fan service parts that threw me off, but overall I really enjoyed all the characters and the world-building for the first half of the series.

The second half of the first season, however, is decidedly less great, as they reduce the lead female to a quest object and lower the rest of the stakes dramatically. But it might be worth a watch anyway if you’re a a hardcore MMO fan, or if you want to see some of the loose ends from the first half of the season tied up.

As always, our theme song is “A Theme For Harold (Var.3)” by Kevin MacLeod. You can subscribe to the show in iTunes, and rate/review the show there as well.

(Image via Where in the World Is Carmen Sandiego?)