“Geekery” Has Been Added to the OED 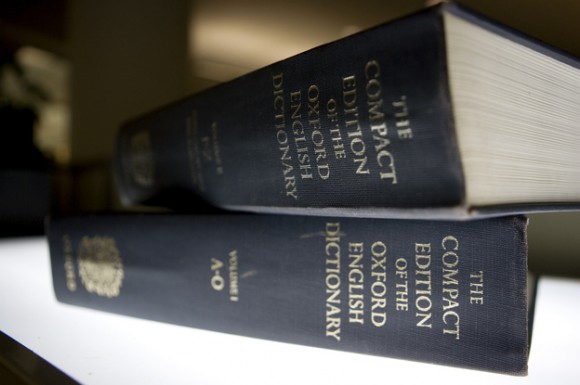 The word “Geekery” has been added to the Oxford English Dictionary, along with the words “Tweet” (the digital kind), “e-reader”, and “dad dancing”.

Find out how these new entries break rules and redefine culture under the cut.

[Adding “tweet”] breaks at least one OED rule, namely that a new word needs to be current for ten years before consideration for inclusion. But it seems to be catching on.

Does “tweet” have the staying power to validate its (perhaps premature) entry into the OED? That’s a question only time will tell. For now, however, it is safely in the company of dictionary words.

There is something about dictionaries that people really get excited about. When more modern colloquialisms get added, it’s a sort of validation– this word is in the dictionary, so it’s a real word now. The dictionary is the established border between authentic terms and slang, which are considered to be two sides of a linguistic binary. That divide is, by and large, a product of a system of categorization since the first dictionaries of Johnson and Webster.

So when a word like “geekery” (which describes the products of a subculture, i.e. nerds and geeks) finds a place in this bastion of  authenticity, it is a hallmark for the community to which “geekery” is attributed. The fact that this word is codified means that the geek community has the presence and power to warrant that recognition from the gatekeepers of the English language.

Regardless of your stance on the culture of legitimacy surrounding dictionary recognition of words, I think we can agree that this is an important day for practitioners of geekery everywhere.