Celebrate Geek Pride Day with statistics about geeks and their perception in society. You know that sounds fun. 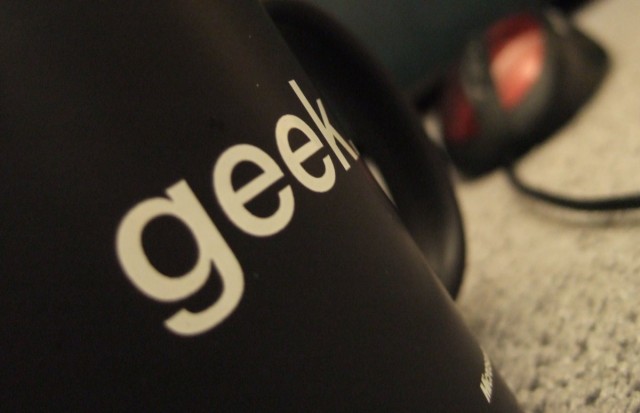 If you’re feeling slightly more proud than usual, dear geeks, it’s because today is Geek Pride Day! Get your geek on out in public. Cosplay to work. Order lunch in Klingon, and don’t forget your towel. It’s also Towel Day. Let’s celebrate the best way geeks know how — with cold hard data. The folks at Modis conducted a survey on the state of geekdom in America. Let’s look at the numbers.

The good news is that most Americans don’t feel like they need to hide their geeky interests. We sure don’t. We have a whole website about our geeky interests and everything. Only 13 percent of those surveyed felt they needed to “sneak their geek” by hiding their passions and interests.

At one time it was hard out there for a geek, but the Modis survey shows that we’ve got to admit it’s getting better. It’s getting better all the time. The public perception of geeks has improved each year, now with 58 percent of Americans defining us as “extremely intelligent.” That’s a 13 percent jump from the 2011 survey.

In these tough economic times, you might also be encouraged to know that of those surveyed 70 percent of the people who self-identify as a geek are employed, but only 54 percent of non-geeks have jobs.

It’s not all nice. Only 34 percent of Americans seem to think geeks are good looking, because I guess the other 66 percent aren’t familiar with Felicia Day or Chris Hardwick. 69 percent of those responding to the survey — and this includes people who self-identify as geeks — think of geeks as being awkward.

One point in the survey I take a little personally is that the data seems to show that geeks think we’re funnier and more influential than we really are. 74 percent of self-identifying geeks — and 100 percent of me — think they’re funny, but only 53 percent of non-geeks seem to agree. There’s a sharper drop off with influence. 62 percent of geeks think they’re influential, but only 30 percent of non-geeks concur. I hope that doesn’t hurt my chances of convincing my alma mater that I should write their Twitter feed.

Back to the good news — 68 percent of respondents said they would date a geek.

So there you have it — life as a geek by the numbers. Happy Geek Pride Day, everyone. Go forth with the knowledge that being a geek means you probably have a job, could very likely get a date, and that being a geek is nothing you need to hide. Just try not to think about how awkward everyone thinks we are and we should be fine.

Excuse me while I go explain to my all neighbors why the second Ewoks movie has it all over the first one. Two words: Wilford. Brimley.

(via Modis, image via nivlek_est)