Uplifting Study Confirms Sexiness of Beards, General Magnificence of Men Who Wear Them 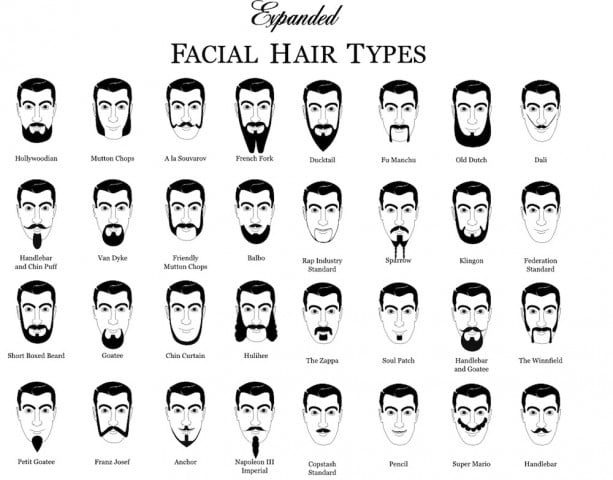 A new study from the University of South Wales confirms what plenty of us have known for years — everything is better with a beard. At least, ladies seem to think so, as the study showed that women see bearded men as more attractive partners in both the short and long term.

In the interest of full disclosure, it should be noted that Geekosystem is operated entirely by a staff of bearded gentlemen, and this intrepid reporter in particular hasn’t had a clean shave since college, because that would constitute a senseless act of violence against my face’s best buddy — my beard.

Why have I kept a beard this long? Because I understand on an instinctual level what science has shown once more — chicks dig it. The University of South Wales study, published this month in the journal Evolution and Human Behavior, surveyed more than 350 heterosexual women and nearly 200 heterosexual men, asking them to rate photographs of men in various stages of beard growth. As has been demonstrated in other studies, women perceived men with more facial hair to be more masculine, healthier, and more attractive.

If I can take a moment to speak for bearded men everywhere — guilty as charged.

The study also suggested that different kinds of beards make for different kinds of attraction. A full, bushy beard sends the message that you’d be a good father, able and willing to provide for your offspring, and most likely able to fight off a wolf with your bare hands if it came to it. An intermediate beard, meanwhile, is more conventionally hot. In other words, fellas looking for a fling would do well to keep that trimmer oiled and at hand, while guys who are ready to meet the lady of their dreams have the luxury of letting the whiskers do their thing.

Now I know that some of you — mostly sad, beardless individuals whose masculinity is being rightly threatened by this news, and whose opinions are inherently worth less than they would be if spoken by a person with responsible, grown-up facial hair — are complaining, whining on and on in a tone that can only be described as a high-pitched snivel “Well, yeah, but this is a pretty small study of a fairly subjective matter.” To which I say, shut up with your totally acceptable and not invalid criticisms and let me have this one, OK?

Some of our more reasonable clean-shaven readers may have already moved past denial and into depression. I can hear your plaintive wails through the Internet, the mournful cry of the man who believes that he is unworthy of bearing the mark of manhood that is a proper beard. “Even observing the whole of No Shave November leaves my face bare as the surface of a dead planet! I couldn’t grow a proper beard if you gave me 100 days!” To which I say: Not with that attitude you can’t.

Know this, my baby-faced brothers — your inner beard is not going to reveal itself to a quitter, to a man who relents from his quest for facial hair after just days or weeks. Your inner beard is to proud for that. It respects power and confidence, and to demonstrate these attributes, a price must be paid. For the first couple weeks, it’s going to be an itchy, patchy looking price. It’s an investment that your beard will repay many times over, though.

I’m not here to chide anyone for their troubles. I’m here to help — or at least point you to the people who can. If you’re looking for tips on how to grow your first proper face buddy, check out All About Beards, an invaluable resource offers helpful hints on how to get growing, advice on the care and feeding of your new beard, and near limitless inspiration for those deciding which beard is right for them. Protip: start simple, guys. A basic full beard is nothing to mess with, and it’s a great place to start from if you want to get more intricate down the line.

For those of you in the advanced class, this may be impetus to do a little manscaping and try and take that classic beard in a new direction. Here, I repeat my advice to facial hair neophytes — proceed with caution. We’ve all come home after a night at the bar and toyed with the idea of reconfiguring our facial landscapes into, say, a set of friendly mutton chops. Unless you are among a very select group of men, that is a mad fantasy that will end in tears and bitter recrimination. Your beard is not a toy, and the consequences of abusing it can be grave. That said, if you’re intent on taking that next step, a consult with noted beard tester Jon Dyers is a great place to start.

Remember, gentlemen — if you’re not shaving while you read this, you’ve already started down the path to a glorious beard. All you have to do in keep walking it, and know that you are not alone. Where you go, your beard goes as well, and together, there is nothing the two of you can’t conquer.