The Geek’s Guide to Dating Advice: How to Talk to Gamer Girls

The Geek's Guide to Dating is out on December 3rd from Quirk Books! 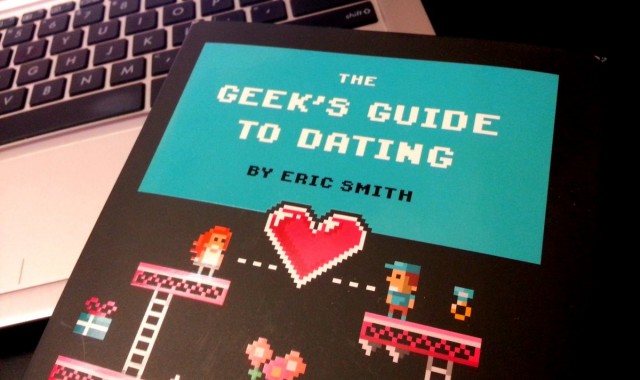 Our resident geek dating expert Eric Smith, author of The Geek’s Guide to Dating, is here again to help answer your geek dating queries. This week, how to talk to gamer girls without coming across like a creep.

Question: Right now I am in a big dilemma.

I’ve been playing PS3 games with the same girl for over 2 years. We’ve played all kinds of games from Scott Pilgrim vs. The World [to] Call of Duty to FIFA games. We even ask each other [what will be the next] game the other is going to buy, just to keep playing together. We’re very competitive and skilled.

We’re from the same city and [we’ve] seen each other only three times when she was sad about family issues, just to watch marathons of Doctor Who. Am I in some kind of gamer friend zone? I’ve always had feelings for her, but I also respect the Gamer Girl Manifesto (http://www.youtube.com/watch?v=XrBoeMF4FYs) even when it didn’t exist.

I’ve never annoyed gamer girls but I feel this is something different and I’ve made up my mind and decided to go ahead… I know I will put our friendship to the test, but the question is, how to let her know my feelings and not sound like the rest of the stalkers in these games?

I love that you respect the Gamer Girl Manifesto, but I don’t think you’re the audience that video was made for. That’s aimed at sexiest people who are just generally awful human beings. Those bro-dudes shouting nonsense at women just trying to play a game? That’s clearly not you. Based on this email, I can already tell you are one of the good guys. And I’m happy to meet you.

That said, I think you might be psyching yourself out a bit here. You’re clearly not one of those gamer-stalker-people. You’ve met in person. You’ve spent time together. And not just time out and about with friends or at a party. Real one-on-one personal time. If you’re someone she’s comfortable going to when she’s in a difficult position… your friendship clearly exists outside of the gaming world and off the Playstation Network.

I get it. Asking someone out, it doesn’t matter if you’re friends IRL, virtual friends, or friends that are sort of floating in between like you are. You’re going to be nervous, and there’s always that risk involved that you might end up complicating, or ruining, the friendship. You just have to take that chance, knowing that could be a possible outcome.

But, if you’re really great friends, chances are you’ll be okay. Friends understand and friends move on. You’ll just have to show you’re a good friend by accepting your position in the pantheon of her friends, and be okay with that.

Have a geek dating question of your own? You can send it anonymously through our tips page. You can also check out Eric’s book The Geek’s Guide to Dating from our friends at Quirk Books.

(via The Geek’s Guide to Dating)