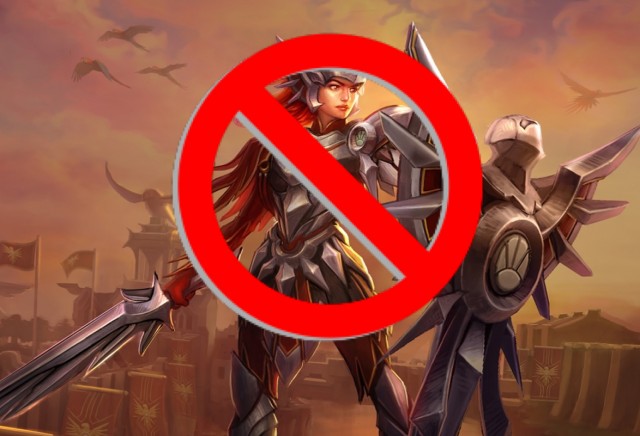 Color me confused, but I didn’t know being straight and cisgender made you worse at video games. Sure does explain a lot, though!

Garena is an Internet provider across Asia which both distributes and hosts gaming events for League of Legends in the Philippines, thanks to a partnership with Riot Games. For their upcoming “all-feminine” Iron Solari League tournament, they want to make sure they “have an inclusive environment where no one feels left out,” and to that end have released a ruling update clarifying their position on gay and transgender women participating in the tournament.

Except, they seem to have gotten the whole “inclusive” thing completely backwards. Hey, Garena Philippines, you know what’s a really good way to promote inclusivity? Not placing a quota on the amount of gay and trans women who can be on one team at a time.

I’m not kidding. That’s seriously what they did:

1) Each team will be allowed to have a maximum of one (1) Gay/Transgendered woman for the entirety of the tournament day. Therefore, teams cannot do the following: Team_A’s first game will be 4 female members and 1 gay, then on Team_A’s second game, they will have 4 female members and replace with another gay or transgender member.

2) Any team who has violated the above provision, regardless if intentional or otherwise, whether discovered during the day of the event or some time after, will have all their team members (the female members as well as the Lesbian, Gay, Transgendered women member) sanctioned with a 1-year ban on all Garena-organized events, including subsequent Iron Solari Tournament.

Why this baffling policy? Because, as eSports executive “GG Sphere” notes, “there are arguments and concerns from other participants who disputes that Lesbian, Gay, Transgendered Women members”—and yes, he italicizes it like that throughout the post—”may probably have some unfair advantage.”

Let me repeat that for you. Gay and transgender woman may possibly have some unfair advantage. Note that no explicit mention is made of women who are simultaneously gay and transgender, most likely due to fear of their mighty and terrible supernatural gaming powers.

Now it’s possible there’s something being lost in translation here, but considering English is regularly taught in schools as one of the country’s two official languages (the other, of course, being Filipino), that’s a pretty poor excuse for such a terrible ruling. A language barrier also doesn’t explain why the LoL community—or at the very least, why GG Sphere—would seem to think being gay or trans would in any way correlate to your gaming ability. Regardless, it really should have occurred to the Iron Solari organizers that placing restrictions on what kind of women are allowed to join a woman-only tournament would backfire, which it appears to have done spectacularly.

The Mary Sue has reached out to both Garena Philippines and GG Sphere for comment, but given it’s was around 2:30 in the morning over there when we tried, it’s unlikely anyone will get back to the angry legion of international gamers who are condemning their policy for a few hours. We will update the story as we hear more.

Update 3:59pm ET—Riot Games, the studio behind League of Legends, has released a brief statement on Twitter alluding to the actions of their Garena affiliate in the Philippines:

LGBT players are welcome at official LoL tourneys. We’re working with partners to ensure consistency with our values across all regions.