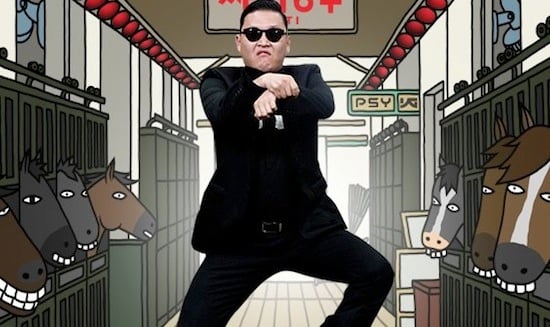 How do you measure a video’s popularity on YouTube? Conventional wisdom says; “look at the number of views“, but just because a video has a huge number of hits means that everybody enjoyed what they saw: It’s implied, but not clearly stated. That’s why the internet has “like” buttons. After all, “liking” something, whether you do it on YouTube or Facebook or Google+, acts as an endorsement what you saw. The barometer for judging the king of random internet videos will likely be a hard-fought internet for years to come, but in the meantime a new contender has earned a solid claim to the throne. The Guiness Book of World Records named everyone’s favorite K-Pop hit, PSY’s Gangnam Style, the most “liked” video in the history of YouTube.

Since the video’s official posting on July 15th, the music video for Gangnam Style has been liked on YouTube 2,361,241 times, as of today. That’s up from 2,141,758 YouTube likes when Guinness made their proclamation on Thursday. As you might have already assumed, Gangnam Style is also the most viewed K-Pop music video on YouTube: As of today people have watched the video 241,664,464 times. (I’m only responsible for two or three of those.)

Interestingly, the video’s closest contenders are all music videos as well: According to Guinness, LMFAO’s Party Rock Anthem (1,574,963), Justin’s Bieber’s Baby (1,327,147) and Adele’s Rolling in the Deep (1,245,641) are the second, third, and fourth most-liked clips on YouTube. While their number of “likes” pale in comparison to Gangnam Style, the “most liked” runners-up all have a considerably higher number of views: Rolling in the Deep, the lowest of the three, has 331,962,123 views. All three of the competing videos are also considerably older: As we mentioned, the Gangnam Style video was posted on july 15th, while the videos for Baby, Party Rock Anthem, and Rolling in the Deep are all more than a year old.

Psy’s great and Gangnam Style is an incredibly catchy song, but the news has me thinking about a bigger question: How long do you think it will be before college students are taking courses about the “great” YouTube clips of the twenty-first century?

(via Guinness Book of World Records)