DUH we learned that a billion years ago. 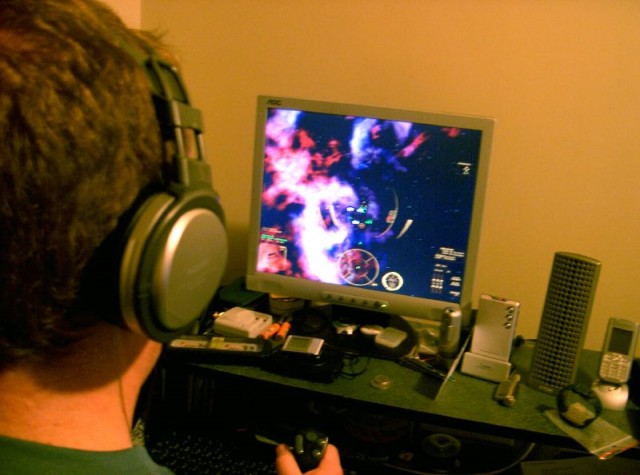 And no, we don’t mean learning how to drive aggressively by playing Mario Kart.

Studies have demonstrated in the past that playing video games can increase gamers’ abilities to track multiple objects and perform other tasks directly required by games. However, a recent study shows that learning to do these things in gaming can actually teach gamers’ brains how to create learning “templates” for accelerated future learning. Effectively, this causes people who play action games to become better learners than those who don’t.

According to study co-author Daphne Bavelier, our brains are always trying to anticipate what will happen next in any situation, and “In order to sharpen its prediction skills, our brains constantly build models, or ‘templates,’ of the world. The better the template, the better the performance. And now we know playing action video game actually fosters better templates.”

The study, published in Proceedings of the National Academy of Sciences, pitted test groups of people who played fast-paced games and people who didn’t against each other. They competed in a perceptual learning task, which had them identify fuzzy shapes on a computer screen. Surprisingly, the two groups performed about equally in the beginning, but the gamers improved at the task at a faster rate than those who weren’t so into the vidja games.

Even between groups playing faster games (Unreal Tournament 2004 and Call of Duty 2) and slower games (The Sims 2 and Restaurant Empire), the action game players performed better on the learning tasks. According to Bavelier, this shows an “accelerated learning curve” for players of fast-paced games.

It’s worth noting, however, not everyone agrees. Psychologist Walter Boot told Popular Mechanics that another study came to the exact opposite conclusion, and the reason might be that gamers in the first study knew what they were being tested on and had more motivation to try harder and prove their skills than the non-gamers. They were also self-identified gamers, which could mean they play games because they’re skilled at gaming tasks and not the other way around.

(via I Fucking Love Science, image via Br3nda)