Game Of Thrones UK/US Simulcast News, Plus Arya & Ygritte Are Ready For Vengeance 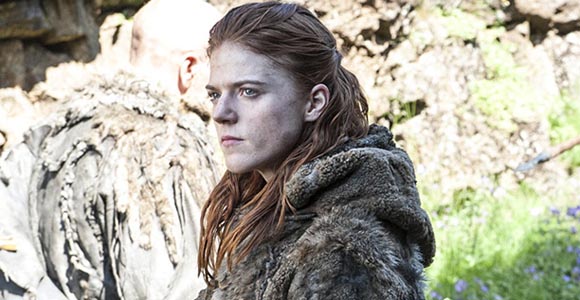 Here in the US, there’s a few British series we have to wait patiently for and we sometimes forget it works both ways. But good news for UK Game of Thrones fans, you’ll get to watch the premiere at the exact same time as us this year. Read on for details as well as a few interview bits from stars Rose Leslie and Maisie Williams about their character’s paths this season.

According to Deadline, Britain’s Sky Atlantic HD is helping facilitate a simulcast of the Game of Thrones Season 4 premiere.

“The pay channel will premiere the season debut simultaneously with HBO’s U.S. East Coast transmission,” they write, “Catering to the faithful, it will air on Monday April 7 at 2 AM and then be repeated in primetime at 9 PM UK time. Following the first 2 AM transmission, the premiere episode will also be available on demand.”

Two a.m. on a Monday? Yeah, I assume that’s going to be tough for some people but I also predict a lot of people calling out of work that day too.

Entertainment Weekly is continuing their covering leading up to the premiere with interviews with Ygritte and Arya. Leslie called Ygritte a “different animal” this season.

“She’s not so playful. She shuts up more and is monosyllabic. She’s been hurt. We see a very different side of her. It harkens back to wronged woman are dangerous, and she’s incredibly dangerous this season. She’s on a mission.” And that mission is basically to wound Jon Snow (Kit Harington) as much as possible.

“She wants vengeance,” Leslie says. “She wants to make sure Jon Snow feels as much pain as she feels.”

In a separate piece, Williams told EW she thinks Arya deserves something good to happen,” though if you watch the series, you probably don’t have hope for that actually happening.

This season, Williams says, “They’re not angry with each other anymore. They’re not friends or anything like that. They’re trying to get along a little better. She’s still awful to him and pulls on his strings and he’s very brutal and physical with her. They’re almost helping each other now and trying to teach each other rather than just being annoying.”

I’m very much looking forward to their interactions this season. You?