Game Of Thrones Newbie Recap: The Prince of Winterfell 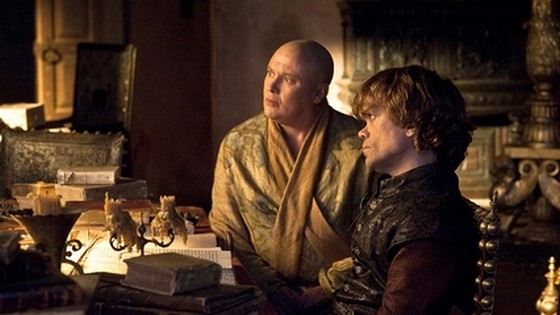 Editor’s Note: As promised, here’s our recap for last night’s episode of Game of Thrones from the perspective of someone new to the series. (You can find the veteran recap here) Read on to see what our own office manager, Sarah Devlin, thought of the show this week!

Well. Last week I felt a little bit embarrassed about being so confused, and I wondered if I was cut out to recap this show in a way that made sense. After all, there are 1,000,000 characters, everyone has very odd names, and the story is also being informed by the thousand page novels that exists separately and alongside the series, forming yet another layer of story I’m not privy to. However, I was an English major in college, and I successfully made it through The Mists of Avalon once, and damn it, I am going to figure this out! And this week was much better.

Theon Greyjoy doesn’t get to enjoy the satisfaction that comes from burning children alive in public very long, because his sister Yara shows up with a gang of soldiers in tow, and she is clearly more of a man/leader than he is ever going to be. She is upset to learn that the Stark boys are dead, given that they would be worth more alive (and that making a big show of killing kids is sort of embarrassing), and urges Theon to leave Winterfell and return home to regroup. He’s enjoying running the place too much to entertain the idea of leaving, though he seems to think about it when Yara urges him “Come home with me — don’t die here alone.”

The tables have turned with Jon Snow, as Ygritte delivers him to a man she refers to as the “Lord of Bones” (which makes sense, given the scary mask). The Lord of Bones will see her captive and raise her another, revealing that he has Quorin Halfhand, who Jon had been teamed up with, in his custody as well. Ygritte convinces him to spare Jon to be questioned later, and Jon and Quorin get to have a quick conference about how everyone else in their group is dead. Quorin picks a fake fight with Jon to make it look like they’re not on the same side, and it’s not clear that anyone is buying it — or that Quorin intends to help Jon at all. 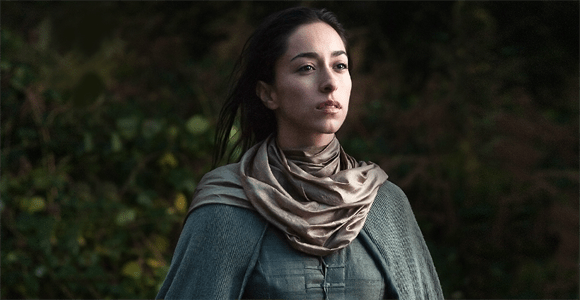 Robb Stark is preparing for battle and flirting (and eventually sleeping with) with Talisa, a welcome distraction given that he’s going to marry a girl he’s never seen before in order to get some kind of bridge out of the deal. He is tormented by his father’s memory, desperate to prove himself as a leader. He remembers asking his father how a man can be brave if he’s afraid, and Ned telling him that’s the only time a man can be brave at all. Adding to his trouble is the revelation that Jamie Lannister has escaped, or rather, been set free by Catelyn, who has entrusted him to Brienne of Tarth in the hopes that his release will secure the freedom of at least one of her children (we also get to see Jaime and Brienne on their very Odd Couple journey together, which I hope we see more of).

Meanwhile, Arya is listening in on Tywin Lannister’s latest preparations for war, which end with the decision to launch a nighttime offensive. Arya hightails it out of there looking for Jaqen, anxious to give him her final name — his own. He’s aghast, but she promises to undo it if he’ll help her escape, and he keeps his promise. She and her two friends saunter through the front gates, with the guards standing watch. Well, they’re still standing, but they’re definitely all dead.

Tyrion Lannister is also preparing for battle, but keeps getting distracted by Cersei’s head games, which include a claim that she’s captured Shae, but it turns out she’s got the wrong girl. Tyrion doesn’t let on and vows revenge, but his anxiety becomes clear when he hightails it out of there to make sure that Shae is all right. She is, for the moment, and Tyrion turns his attention back to the battle at hand, in which Joffrey is going to be fighting (very ineffectually, it appears).

Also, Jon’s old compatriots find obsidian arrowheads buried with the mark of the “First Men” in the middle of nowhere, the Stark boys aren’t dead after all, and Daenerys still refuses to leave Qarth without her dragons. Whew! See you next week.