Game Of Thrones Newbie Recap: A Man Without Honor | The Mary Sue

Game Of Thrones Newbie Recap: A Man Without Honor 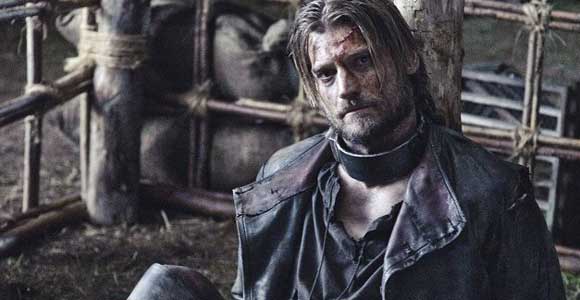 Editors Note: Long time readers will remember that last year, because of the way the Game of Thrones fanbase is divided, we actually had two recaps: one written by someone who had read the books, and the other by someone completely new to the story, but already in love with George R. R. Martin‘s world. Well, this time around it’s a little harder to find someone who hasn’t read the books, but our very own office manager Sarah Devlin stepped up to the plate. (You might remember her from our Walking Dead recaps) There was just one problem: she didn’t have HBO yet. But this week, she does, and she joins our tradition of twin recaps from those who have and haven’t read the original source material.

I’ll be recapping the remainder of this season of Game of Thrones, which will certainly be eye-opening for me since I am totally new to the show. I haven’t seen the first season, or read the books, and last night’s episode, “A Man Without Honor,” was my first introduction to the series. It’s a steep learning curve, but I hope I’m up to the challenge.

This week’s episode certainly confirmed for me that the show is exactly as violent as I’ve always heard. Theon, who was holding Bran and Rickon hostage, went berserk once they escaped and maybe killed them. That is, he definitely killed two children, but it’s not totally clear whether or not they were the right ones. Better to kill too many kids than too little in the Game of Thrones universe, I suppose.

King Joffrey was also exactly as terrible as I’ve always heard, though he didn’t make an appearance in the episode. Sansa found out that she may be able to bear children for him after all, a fact that she tries to conceal from the Queen by flipping the bloody mattress over when she wakes up the following morning. This genius plan is foiled and Cersei finds out, but her reaction is anticlimactic, even bordering on apathetic. I guess when you have a son as terrible as Joffrey it’s difficult to find the energy to care about anyone else.

Also notable for me was the theft of Daenerys’s dragons, which was a plot point that I had managed to hear about despite not watching a single episode prior to this one. The internet tells me that this is development is not faithful to the books, and given how much source material there is to choose from, it is curious that the writers decided to make this departure. Daenerys also got a lecture this week about her unwillingness to rely on people, and her obsession with the dragons, but it didn’t seem to sink in and she appeared content to remain an island unto herself for the time being.

The character who really drew the short straw this week, in my estimation (if you don’t count the dead kids) is Jon Snow, who was traipsing through snow-covered mountains with a redhead named Ygritte as his captive, who spent most of her time making fun of Jon Snow for not having sex with her. This seemed like gratuitous dirty talk until she was able to use it to distract Jon sufficiently to escape the rope binding them together, and several exquisitely timed henchmen popped up from behind various snowdrifts, enabling her to capture him in in turn.

There was also some complicated-sounding war gamesmanship that went down at the Stark Camp, but given my unfamiliarity with the show it’s hard for me to predict what that might mean. At any rate, Rickard Karstark, Roose Bolton, and Barristan Selmy look set to play larger roles in the final episodes of the season.

Ultimately, I found the show to be a pleasant surprise (if um, a bit overwhelming and extremely confusing). It’s certainly beautiful to look at. I was surprised that, after all I’ve heard about the nudity/explicit sex/raping and pillaging that goes on in the series that there was hardly any of that in this episode, but I suppose they more than made up for it with all the violence. Also, in the coming week, before next week’s episode, I clearly need to spend some quality time with my Game of Thrones-obsessed friends so that I can figure out what on earth is going on. Wish me luck!