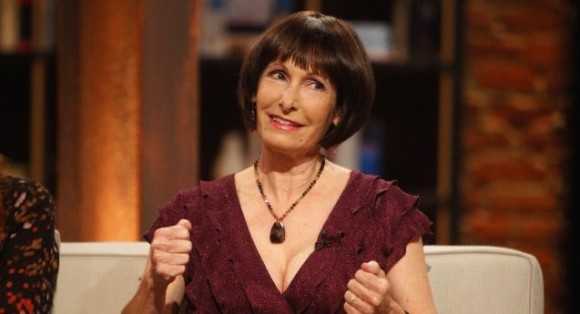 With her astounding genre cred, one’s first reaction to hearing that producer Gale Anne Hurd is producing anything is usually joy, excitement, and eager anticipation. Like when we found out she was producing a show about Area 51. And then, you find out that Hurd is going to be producing a show about pirates for FX, and one can barely even contain themselves. And that is exactly what’s happening: following her runaway success as a producer of AMC‘s The Walking Dead, Hurd will lend her talents to a new series about the infamous Jamaican town Port Royal. Heavens to Betsy, imagine all the zombies vs. pirates vs. aliens arguments we’re going to get to have!

The show will be set in the 17th century, and Hurd has described it as “sprawling” and diverse, dealing with a variety of characters including “merchants, servants, slaves, prostitutes, and other unsavory inhabitants of the British outpost.” Sometimes described as the “Las Vegas” of its time, Port Royal was known for being corrupt and debauched, and someone’s fortunes — good or bad — could turn on a dime. Though Hurd made a point to mention that back in ye pirate tymes, things were very integrated and equal among the pirate folk:

“Most crews had a significant number of freed slaves as pirates. They also had Native Indians. This was a place where equality — regardless of skin color, ethnicity or religion — was practiced.”

Wired was quick to point out that this is not unlike a very popular science fiction show that also focused on equality and diversity: Star Trek. In fact, when asked if making the transition from science fiction and horror — Hurd produced and co-wrote The Terminator and was a producer on Aliens — she said that it’s no big deal. She loves all that genre stuff.

“I’ve always been a fan of sci-fi, fantasy, and horror. I like working with larger-than-life characters in fascinating worlds — places where the rules are different.”

We’re glad Gale Anne Hurd is a fan of sci-fi, fantasy, and horror. Because when she likes something, she turns it into something really, truly amazing and enduring. Please, Gale Anne Hurd — make all of the genre things.

No news on when this will be hitting the airwaves so we can write nerdy, overly enthusiastic recaps of it, but the pilot for Port Royal was written by Scott Rosenbaum, an executive producer of another successful, edgy show on FX, The Shield. If this show somehow turns out to be bad, I don’t know how we, as a people, will deal with it.