Gal Gadot on Wonder Woman’s Sexuality: “She Can Be Bisexual. She Loves People for Their Hearts” 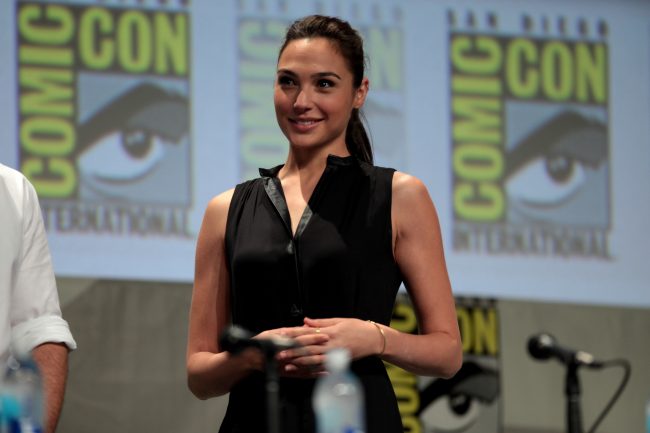 Ever since Greg Rucka, DC’s current writer for Wonder Woman, confirmed in an interview that the Themysciran princess has had both male and female lovers in the past, the fandom has been struck by two opposite reactions. Some people are mad (eyeroll), and other people have been saying, “well, obviously!” It’s nice to have it confirmed, both by Rucka and by previous Wonder Woman writer Gail Simone.

Variety interviewed Gal Gadot, who’s slated to star as Diana in the Wonder Woman movie, about her thoughts on this new development. Although Gadot is completely in favor of this aspect of Diana’s character, it unfortunately won’t be something that appears in the film:

“When you talk theoretically about all the women on Themyscira and how many years she was there, then what [Rucka] said makes sense. In this movie, she does not experience any bisexual relationships. But it’s not about that. She’s a woman who loves people for who they are. She can be bisexual. She loves people for their hearts.”

Gadot also had kind words to say for the movie’s director, Patty Jenkins, who she believes got the gig not just because she’s a woman and can bring her lived experiences to the table, but also because she’s a great director:

“Maybe because we’re telling a story of a girl growing up and becoming a woman, it’s easier for it to be told by someone who was once a girl and became a woman. I feel like Patty Jenkins was the right person for the movie because she was the right person for the movie. She knew exactly how she wanted to tell her story. She knew exactly what she wanted to get. She’s brilliant and smart and so passionate.”

Ultimately, Gadot says, the movie will be focused on “simplifying Wonder Woman’s agenda, because it is simple. It was her heart that we cared about, not her being this warrior. When you tell a story from the heart, all of us can relate, because all of us want to live in a safe, quiet, and peaceful world.”

That’s a great goal for an origin story movie, but it is a shame that Diana’s bisexuality isn’t something that could be incorporated or even referred to at all in the movie. Perhaps if this movie is successful, we’ll get to see a sequel that would include some acknowledgement of Diana’s sexuality. Time will tell!