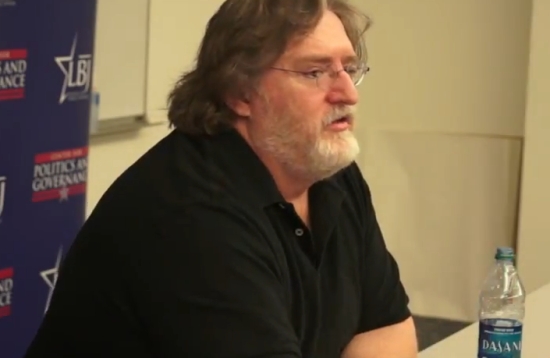 Can Gabe Newell, of video game company Valve fame, do no wrong? The breathless way some fans speak of the company’s products like Half-Life and Portal seems to indicate that they believe he can’t. Even if you’re not a fan of the various and sundry products that Newell’s been associated with, Valve’s structure as a company is fascinating: People just sort of decide on what to work on, and then they do it. Newell spoke recently in Texas at the Lyndon B. Johnson School of Public Affairs, and they recorded the whole fascinating thing.

The title of the talk appears to be “On Productivity, Economics, Political Institutions & The Future of Corporations: Reflections of a Video Game Maker” and Newell covers all those bases pretty well as he ruminates on the industry as a whole. It’s fairly insightful, though perhaps a bit inside baseball.

If you’ve ever wondered how Valve manages to be, well, Valve, this is probably a great primer.