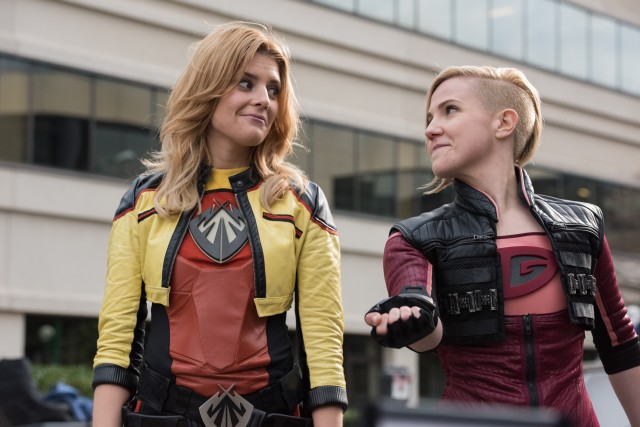 Fullscreen announced this week that they will be launching a subscription video on demand service geared toward the “social-first generation” (aka, millennials), featuring original content (scripted and unscripted), throwbacks, and new favorites. It’s also going to be the home of a show we’ve talked about before, the reboot of Electra Woman and Dyna Girl, starring Grace Helbig and Hannah Hart!

Wanna get an idea of the look and feel of the new service? Check out this intro video:

Fullscreen’s subscription will cost you $4.99/month, which is not a bad deal, considering that the service will be 90% original content, feature your favorite creators, and be available just about anywhere you’d want to watch it, namely iPhone, iPad, select Android Phones and Chromecast. (Select Android phones? Why you gotta hate on Android users? And I’m not just asking that because I have an Android phone!)

Anyway, the line-up of shows Fullscreen is rolling out seems not only fun, but smart and innovative. I’m excited for Electra Woman & Dyna Girl, which seems to breathe some awesome new life into a series that’s kinda cheesy by today’s standards. The docu-series, My Selfie Life, is really cool in that it’s the subjects shooting themselves, so it’s likely that you’ll get a more complete and accurate picture of whatever they’re going through. And Filthy Preppy Teen$ looks like an awesome parody of pretty much every teen show you’ve ever seen.

Also exciting is the mix and caliber of mainstream and social media talent that they’ve got working on these shows. Fullscreen seems to be doing this right, taking the best from each platform to create content that will (hopefully) be even better.

Here’s some info on some of the original programming Fullscreen has in store:

Electra Woman & Dyna Girl
Cult classic. New spin. A fresh take on Sid and Marty Krofft’s original 1970s TV series, Electra Woman (GRACE HELBIG) and Dyna Girl (HANNAH HART) are under-appreciated crime-fighters until a viral video gives them the chance to trade small town Ohio for the big time when a Hollywood superhero agent Dan Dixon (ANDY BUCKLEY) comes knocking. Tired of flying under the superhero radar but with a burning desire to stay true to their roots, the pair is supplied with new costumes and fake tragic backstories. Sure, this is what they dreamed of: fame, fortune, high-tech gadgets, but what heroic price must be paid for newfound stardom? When Los Angeles falls into crisis, it’s up to Electra Woman and Dyna Girl to battle ethical dilemmas, growing egos, and a super-villain or two to save the day. But can they save each other first? (8 x :11) 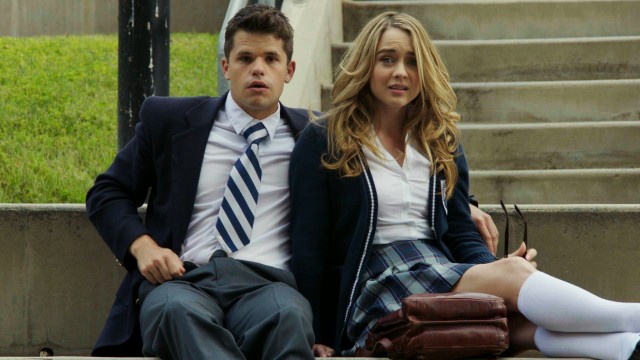 Filthy Preppy Teen$
From the outside, Brewster Bay Preparatory Academy seems like a serene high school for the wealthy, elite and beautiful. But, within its walls, personal politics and ruthless social climbing means all-out war.

On the front lines are twins Meegan (HANNAH KASULKA) and Chaad (MAX CARVER). After months away from school, shipwrecked, they’ve now returned to Senior Year and must claw their way back up to the top. Master manipulators, nothing and no one is off limits. Their teenage allies (or enemies, depending on the day) include the new Queen Bee Beatrix (MALESE JOW), secretly straight Braff (TAJH BELLOW), and high-powered lawyer Parker (DYLAN GELULA). 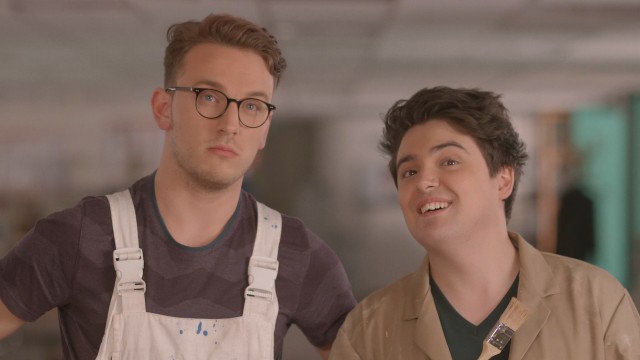 Jack & Dean of All Trades
Jack (JACK HOWARD) and Dean (DEAN DOBBS) are nice normal guys who happen to spend a lot of time imagining weird stuff. Unemployed recent University graduates with a stunning lack of marketable skills, the pair turn to their great hope: a temping agency. As their esoteric and quirky employment agent Marv (JESSICA HYNES) sets them up with a series of odd jobs, Jack and Dean try their hands as bakers, babysitters, and even morgue attendants. But, it turns out there is no job that they can do without spectacularly disastrous consequences. Unlucky in love and vocations alike, all Jack and Dean seem to have are each other and their wild imaginations. Oh, and there are absolutely going to be musical numbers. (6 x :11)

Kingdom Geek
Andre Meadows (Black Nerd Comedy) is a nerd from the 80’s and 90’s who knows more about superheroes than you or anyone you know. Katie Wilson is a millennial geek raised on a steady diet of Disney movies, theater references, and strong opinions. Kingdom Geek is an unhinged and geeked-out throw-down of pop culture. Knowledgeable, fired-up, and not afraid to debate each other into the floor, Andre and Katie welcome a variety of nerd-culture-loving guests as they debate and celebrate topics that range from film, TV, gaming, comics, and pretty much everything else. Twenty-six (26) episodes. 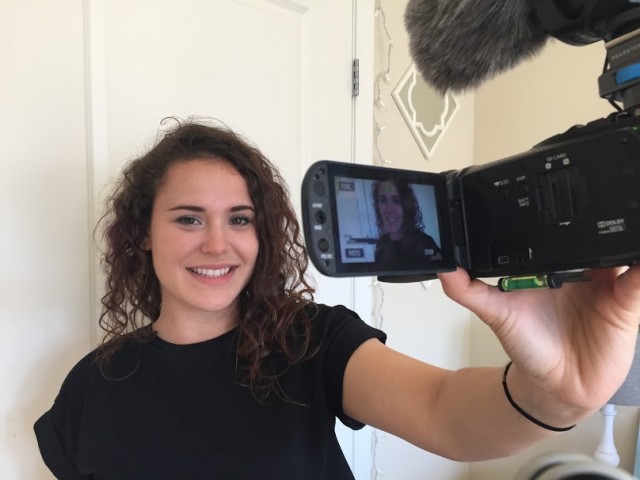 My Selfie Life
Everyone has a story to tell. Bold, refreshing, and brutally honest, My Selfie Life is a docu-series that takes an up-close and unfiltered look at the lives of young Americans. Shot by the subjects themselves, each episode follows a life-changing moment in the journey toward self-discovery for several extraordinary young people: ranging from the relatable to the practically unimaginable — dealing with a twin’s terminal illness, beginning a gender transition as a nursing dad, choosing between love and starting a new life in America, publicly losing 200 pounds via Instagram, and much more. (10 x :22) 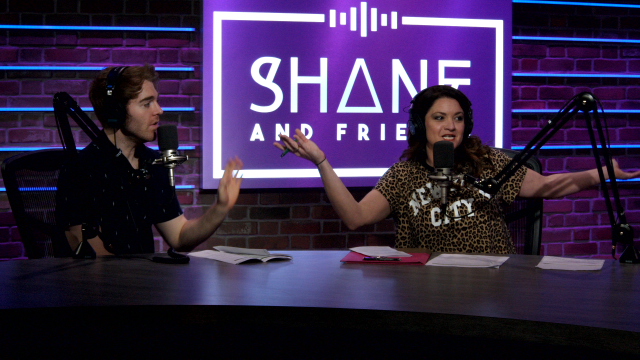 Shane & Friends
Laugh until it hurts with a series that dives into the non-stop tea spilling, shade throwing, tears-of-laughter inducing world of Shane Dawson. Along for the ride and bringing extra sass is Shane’s co-host/producer, Jessie Buttafuoco. As a team, Shane & Jess dish about pop culture, play ridiculous games and ultimately, dig deep into the lives of their celebrity guests, serving up brutally honest questions that others might not have the gusto to ask. On “Shane & Friends” everything is on the table, nothing is off limits, and everything is hilarious. Twenty-six (26) episodes. 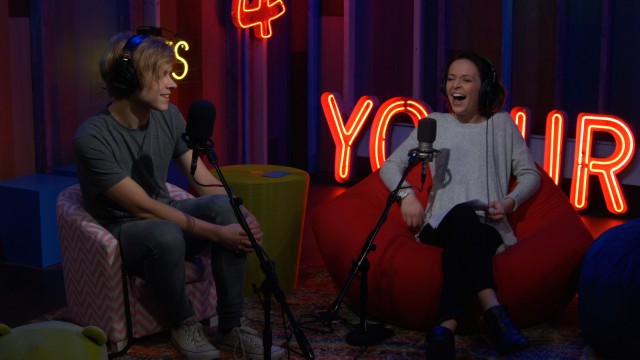 Zall Good with Alexis G. Zall
In her video series that covers just about everything, Alexis G. Zall finds new ways to interview fascinating young people who do extraordinary things. Using her own signature brand of cheerful comedy and blunt-force honesty, Alexis gets to know her guests and audience through games, jokes, fan interactions, and anything else that might make things just a little bit weird. Covering topics and issues that she cares passionately about, Alexis takes viewers on a bold and impressive journey as she says good-bye to her teens and enters the adult world on her own. Twenty-six (26) episodes.

In addition to those original shows, Fullscreen will also give you access to a bunch of “throwbacks” (code for Shit That Was New When Teresa Jusino was in High School) and new favorites which include shows like Dawson’s Creek, Saved by the Bell, Suburgatory, Daria and Happy Endings, as well as films like Cruel Intentions and Can’t Hardly Wait, as well as “influencer films” Summer Forever, Man Up, Camp Takota and Elliott Morgan: Premature.

Just what we need. More content. Still, it’s nice to know that there’s a place you can go where you can not only watch what you want, but share and socialize, too. Fullscreen is totally designed for the way you communicate and enjoy the shows you love. I may just have to add this one to my list of subscription services, since that’s exclusively how I watch anything anymore. (What’s cable again? I forget.)