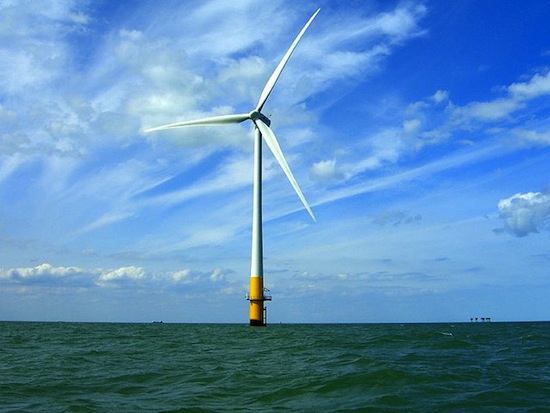 After the 2011 disaster that shut down it’s main reactor, Japan’s Fukushima nuclear plant simply isn’t going to make a comeback. Like several other reactors across the island nation, it’s been shuttered and will likely remain so, leaving authorities there with a problem — how do they continue to provide the energy that the plant once produced and that residents in the region depend on? This week, we got their answer: rather than reopening the nuclear plant, Japan is looking off their shores, announcing plans for a massive wind farm ten miles off the coast of the area affected by the Fukushima reactor meltdown.

The planned project would host 143 turbines, making it the largest wind farm in the world. Together, those turbines will generate an estimated 1 gigawatt of power, or almos twice the energy produced by today’s largest wind farm near Suffolk in the United Kingdom.

That’s a lot of energy, but well short of the 4.7 gigawatts of power formerly produced by the nuclear plant, which was one of the most powerful in the world. Just where Fukushima prefecture — which has announced that it intends to be completely energy self-sufficient by 2040 — thinks it can make up that energy shortfall remains to be seen.

One thing seems certain, though — nuclear energy isn’t making its return to Japan anytime in the near future as the country continues to recover from the toll taken by the Fukushima meltdown and works to find its way forward to an energy future that doesn’t rely on either nuclear energy or expensive, environmentally damaging imported fossil fuels.