Shut it Down: Japanese Nuclear Reactor On Top Of Active Seismic Fault Will Not Be Restarted 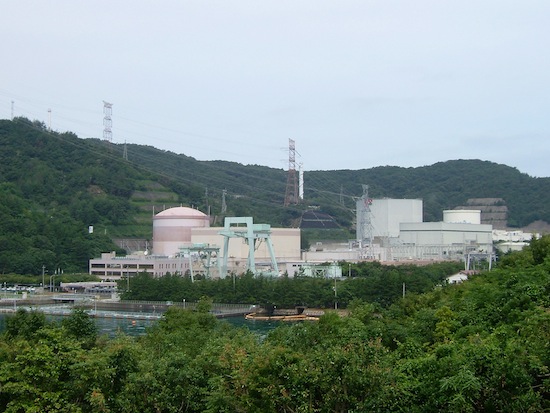 Like most of Japan’s nuclear power generators, the Tsuruga nuclear power plant in Fukui prefecture has been shut down in the wake of the disaster at the Fukushima nuclear reactor in 2011. It looks like Tsuruga will never get the new lease on life some were hoping to see for it, though, as recent geological research suggests that the seismic fault the plant sits atop is an active one. That likely means that the two reactors on the site, rather than being restarted, will instead have to be scrapped.

Representatives from Japan’s Nuclear Regulation Authority (NRA) have determined that the fault below Tsuruga is active, meaning that it has been the site of seismic activity in the last 12,000 years or so, making it very hard for the NRA to approve the plant to be restarted anytime soon — and throwing into question whether it will ever be safe enough to open the site as a nuclear plant again. NRA members are also pondering the fate of the nearby Oi nuclear power plant, which is the only nuclear plant currently generating power in Japan, though a consensus on that plant’s safety has yet to be reached.

Japan Atomic Power Co., which owns and operates the plant, has taken issue with the classification of the fault on which Tsuruga lies as active, declaring the results of the latest study “totally unacceptable” in a statement and confirming that they will continue their own investigation into the seismic safety of the site. Which is understandable — taking apart a pair of nuclear reactors is no mean feat, and we imagine it also doesn’t come entirely cheap. So we sympathize with the company’s interests  there.

Still and all, there are classy ways to handle bad news, Japan Atomic Power Co., and arguing that a nuclear power plant perched atop a seismic fault is totally safe and no cause for concern is not among them. Going gracefully that is not.