Faster-Than-Light Neutrino Being Chalked Up to a Loose Cable 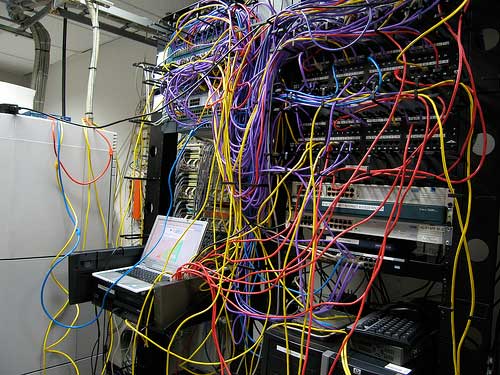 Remember that faster-than-light neutrino that shook up the scientific community with the possibility, though slight, that the laws of physics as we know them many not apply the way we thought they did? Well, they probably do. ScienceInsider is now reporting that the FTL neutrino wasn’t the result of some crazy breach of physics as we know it. No, it’s much more likely that it was the result of a loose cable.

According to “sources familiar with the experiment” a loose fiber optic cable is to blame, and the evidence looks pretty good. The offending cable connects a GPS receiver and a computer, transmitting the time of the neutrino’s flight. After the cable was tightened and things were tested, it became apparent that the loose connection could be responsible for a discrepency of 60 nanoseconds, which just happens to be exactly how much the neutrino in question allegedly beat the speed of light by. Coincidence? Probably not, unfortunately.

Granted, this is Science! so there needs to be more tests performed, but it’s looking a lot like a neutrino didn’t break the speed of light last September. That doesn’t mean that one couldn’t do so in the future, but we haven’t made that jump yet. Put away your FTL travel hopes and settle back in for a long wait, you might be waiting forever.