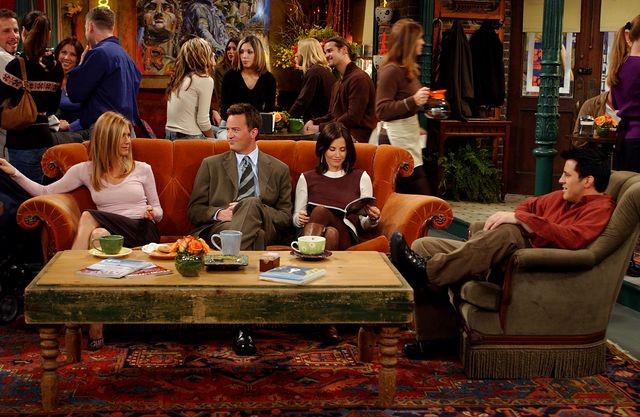 Were you one of the millions on millions of people who tuned in to Friends every week when it was on NBC? Then you’re probably stoked about the fact that the cast will (likely) be reuniting during a TV special dedicated to one of the show’s most influential directors, James Burrows.

I emphasize likely because NBC’s Robert Greenblatt explained that there’s a chance they won’t all be in the same room together–thus negating the idea of this being a reunion. It’d be up to the mercy of their incredibly busy schedules.

But they’re apparently doing their best to bring the cast together–which hasn’t ever happened with the full cast all together in the same room. Either way, they’re all going to participate in the TV special in one way or another. The reunion would just be icing on the cake, I suppose.

It’ll be interesting to see if they can pull this off. It’s something that die-hard Friends fans have been asking about for quite some time now.

What do you think? Will you be tuning in to see if they pull it off?