Why Does Netflix’s Friends From College Hate YA So Much? 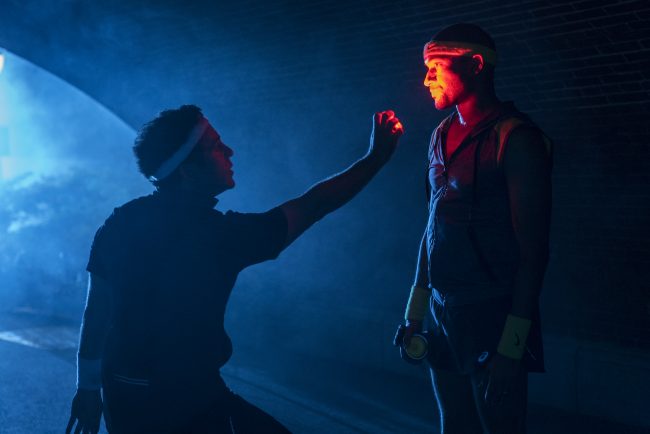 Over the weekend, I was excited to binge Netflix’s new show Friends From College. The cast was basically created in a comedy lab specializing in absurdly pretty, hilarious people. Keegan-Michael Key, Cobie Smulders, Nat Faxon, Annie Parisse, Fred Savage, and Jae Suh Park play the titular friends who turn into obnoxious versions of themselves when they’re together. It’s co-created by Nicholas Stoller, whose IMDB history is pretty hit or miss, but I absolutely love his hits–mostly the two Neighbors movies–so I was on board for this show.

Unfortunately, it’s terrible. I mean, obviously, all entertainment is subjective, and probably no genre moreso than comedy. But in my book, it’s very bad. And I’m not the only one who thinks so. It’s birthed some beautifully scathing headlines. Vox says “Netflix’s Friends From College is a bad show about worse people.” The Wrap presents “Every Character Ranked From Hateable to Hopeless.” Maybe my favorite is Business Insider’s URL, which simply reads “netflixs-friends-from-college-review-its-bad.”

There’s a lot to dislike about the show. To start, the entire premise is based on the idea that these friends are awful versions of themselves when they’re together. But we never see them apart, so we literally have no idea what they look like when they’re not awful. There’s no arc, no change or growth. They just seem like unlikeable characters created by someone who doesn’t know what draws audiences into unlikeability.

On top of that, the main storyline is about a 20-year-long affair that is portrayed so clumsily, even after eight episodes I have no idea what we were ever supposed to feel about anyone involved. Ethan (Key) and Sam (Parisse) are supposedly trying to end their affair now that Ethan and Lisa (Smulders) are moving to New York. Except they don’t actually put forth any effort to end the relationship, aside from a few random “oh no we’re bad people” declarations. And they’re clearly so scared to make Ethan fully unlikeable that Cobie Smulders’ Lisa just floats around in a vague purgatory of victimhood nothingness. It’s so very boring.

But one of the least developed plotlines in the whole show, and one of the most insulting to its audience, is Ethan’s “demotion” in the literary world from Serious Novel Writer to YA author. The character, we’re told, is an obscure award-winning Good Writer, but his last book is so bad his agent, Max (Fred Savage) suggests his only option is to try his hand at YA.

This idea, for a moment, has promise. Ethan writes primarily about teenage characters, we’re told, and he could stand to find a more exciting, youthful line in. Yes! Exactly! That’s what YA is: young characters written by smart people.

Except then the show brings in and proceeds to totally waste Kate McKinnon, playing an ultra-successful YA novelist, who loves sexual awakenings and hates metaphors. She just wants young girls to screw monsters. Less talking! More monster sex! No metaphors!

Look, I have exactly zero problem with a sexy demon. But as its portrayed here, that’s all the entire YA genre has to offer. (Because the “YA genre” is, of course, really an entire industry, containing in itself an enormous range of genres.) When researching YA, Ethan and Max watch the Twilight movies and … that’s it. And you definitely get the feeling that’s all the research the show’s writers did as well. Not only does the show ignore the vast majority of non-sci-fi/fantasy YA, but they seem to genuinely think the entire genre lacks nuance and intelligence. If it were just Ethan’s snobbery that looks down on young adult fiction, that would be interesting for his character. But Kate McKinnon’s character–an expert in her field–reinforces the idea that YA books are, by definition, poorly written and dumbed down.

Perhaps even worse than being bad books, in Ethan’s eyes, YA is women’s work. It’s a genre for young girls, written by women. And while they never explicitly state that this is a problem for Ethan, he makes it clear that he feels his manhood slipping away. In one scene meant to be cathartic but really just infuriating, Ethan tells Max that he “spends all day looking at boring apartments” and “running women’s errands” while his wife works to support him. And now he’s being forced into a genre that, as he seems to see it, doesn’t just infantilize him, but emasculates him.

Is this meant to serve as some sort of justification for his affair? I’m really not sure. I don’t think the writers knew. As is, it just comes off as borderline-MRA flailing.

Ultimately, it’s not clear why the show took on a subject its writers clearly know nothing about, and on top of that, disdain. They use it as a punchline to a joke they never set up in the first place. This cast, and their audience, deserve so much better.