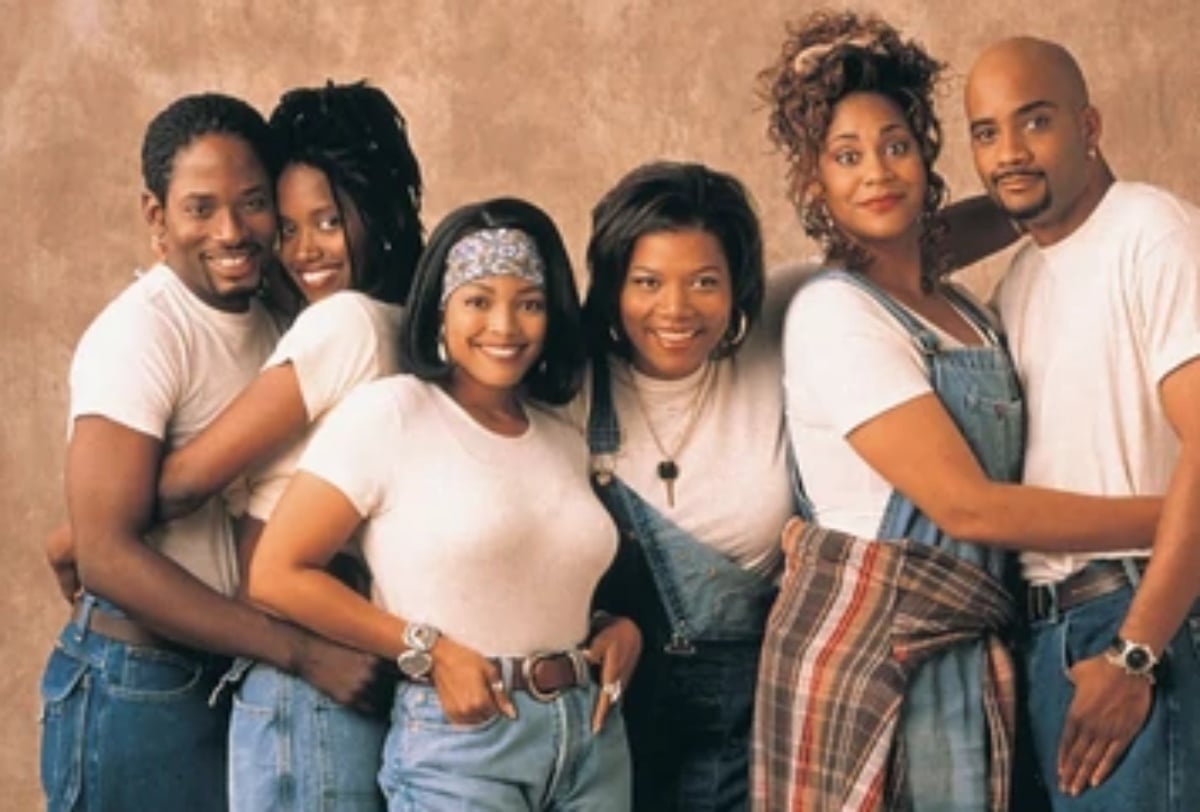 The Friends reunion special aired on HBO Max to mixed response, a few bombshells, and of course the usual relitigation of the political implications of such a white show taking place in New York City. When that comes up, the Black delegation is quick to remind everyone that Living Single was first.

To catch you up via Wikipedia, “Living Single is an American sitcom television series that aired for five seasons on the Fox network from August 22, 1993 to January 1, 1998. The show centered on the lives of six friends who shared personal and professional experiences while living in a Brooklyn brownstone.”

Unlike Friends, the show was made up of an all-Black cast of characters:

The show was one of the most popular African-American sitcoms of the ’90s and ran for five seasons. Comparisons to Friends happened early on, especially since they were sometimes in the same time slot and had very similar premises.

Yvette Lee Bowser, who created the show at the age of 27, did it to expand the image of who Black sitcoms focused on.

“For me, it began with the realization that if this industry was really only going to cater to and embrace white people, and white men in particular, and have them in positions of power behind the scenes,” Lee Bowser said during an interview with The Atlantic, “I wasn’t gonna be here for long. So that was my impetus for getting into the world of development and creation of shows about us.”

The show didn’t have the same prestige from mainstream television as Friends, but during its run, it did its best to really highlight a diverse Brooklyn.

“We didn’t have the Friends budget,” she continued. “And they went out into an all-white New York. Our New York, our Brooklyn, was as diverse as it is in reality.”

There was also a mix of class to try to highlight the different perspectives present.

“The mix of class was definitely intentional, because we’re not a monolith and we also, at the time, didn’t have that many depictions of us. So I really was trying to put as many versions of us as I could into the show in ways that made sense, that felt organic,” Lee Bowser said. “I wanted to make the characters feel like they really would have these relationships. Max is from a very different place than Khadijah is, but you believe that these two girls went to college together and became the truest, bluest friends, and are to this day.”

Living Single is iconic, as many Black sitcoms that are not Fresh Prince are, but whenever a discussion about the legacy of the genre is addressed, it is overwhelmingly white until you get to The Cosby Show. While we are making race-bent remakes of white sitcoms, I’m sitting here longing for the same money and effort to be putting into Black works that already existed and maybe didn’t get to thrive the same way beforehand.

We don’t need to keep pitting Friends and Living Single against each other, but it is worth addressing which shows get to be classic sitcoms and which do not.