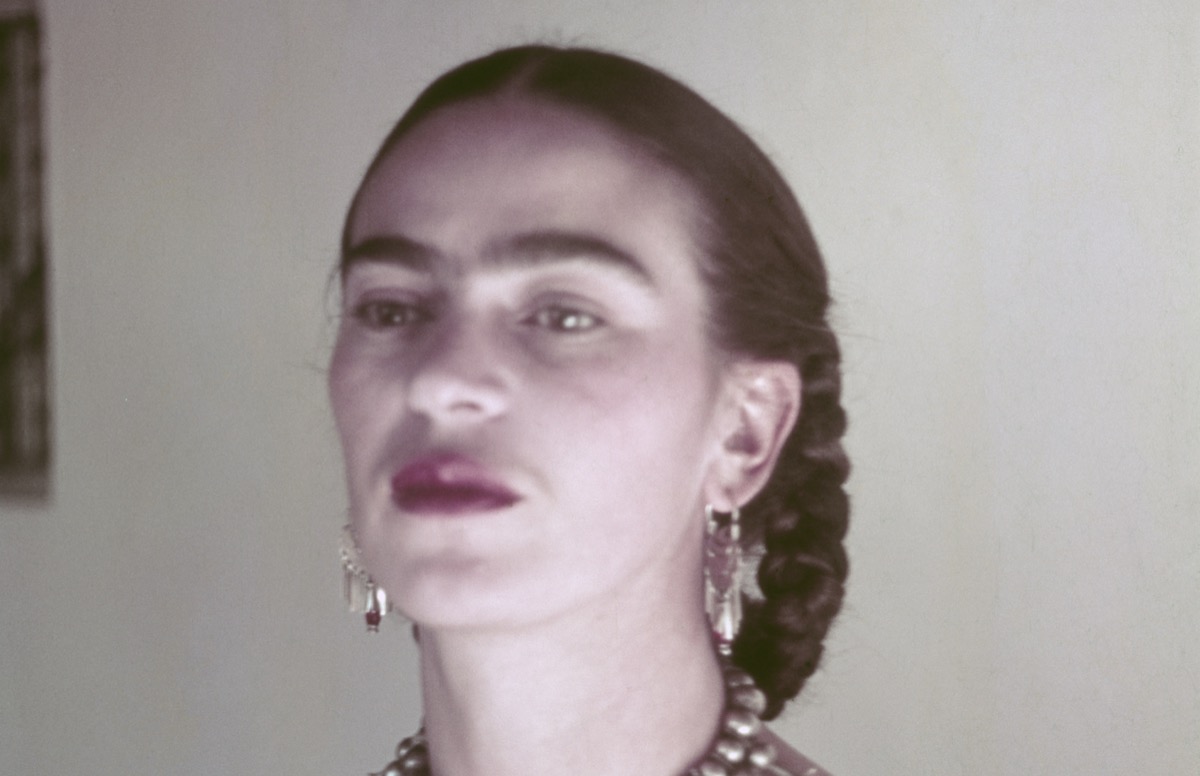 The most recognizable artist of color continues to be whitewashed, now as a greeting card.

Mexican artist Frida Kahlo still resonates with people across the world today for her willingness to be vulnerable and express dissent in a world of growing inequities. Her work is almost exclusively autobiographical in nature and includes topics such as identity and loss.

An outspoken communist, she pushed against the harms of capitalism in her activism and her artwork. While she was alive, the public mostly only knew her as “Diego Rivera’s wife.” However, in the past few decades, she has had a postmortem renaissance in which her art is the focus.

Frida Kahlo’s deeply personal exploration of the pain of living with chronic illness is now a quirky card you can send to your friends, so that’s a thing. pic.twitter.com/xdOfujHH3Z

Visually, this card also does what many Kahlo products have shamefully done before. Her skin is lightened considerably, and her mustache is nowhere to be found. New to this particular abomination to her legacy is the smile.

Based on her 1946 work “The Wounded Deer,” this bastardization is missing all context. The work was completed after yet another major surgery for the artist, this time on her spine. The lower left of the original painting says “carma,” meaning “destiny” or “fate.” This indicates that Kahlo is grappling with physical and emotional pain that dominated her life in her artwork.

Now do we see a problem with the smile? While the original’s expression might resemble a smirk, it is definitely not a smile. Not only is this her smiling through the pain, but this is also another example of the pressure women have to smile to make people comfortable.

(Yes, those of you with sharp eyes have correctly noticed that the card is wedged between Michelle Obama, Bob Ross, and “Love Is Love,” for those attempting to get a Bingo on Greeting Cardified Things.)

In replies, Gwen clarified that this card was empty inside, meaning it is left up to the buyer’s interpretation.

I think postcards addressing (chronic) pain would be a good and important thing, but this is an abomination. (Why not the original painting?)

Kahlo rejected colonial beauty standards and centered her mestizo ancestry. She did this in the hues she painted her skin and the iconography within her work.

This card isn’t nearly the only instance of Kahlo’s artwork and likeness being used in a way that is both the antithesis of her beliefs and an effort to edit her to fit white/Eurocentric beauty standards. In 2018, our own Princess Weekes wrote about Mattel attempting to release Barbie dolls with those issues. The key word is “attempting,” because her family shut that down.

A year later, Ulta Beauty came under a similar controversy when they launched their timed Frida Kahlo collection, in which the brow kit only featured shades from light to medium brown. First, Kahlo’s own hair color was black. Second, most Black, Latinx, and Indigenous people’s natural dark color is not even represented.

I distinctly remember being excited in stores next to the The ESSENCE x Ulta Beauty Girls United Collection. However, the closer I got to the large display seeing the pale and photoshopped (pejorative) image, the more the excitement faded.

Lawyer Laurel Wickersham Salibury dubbed this phenomenon “Further Kahlo Commodification.” She wrote in Duke University’s Center for Art Law that while U.S. and Mexican courts rule on the cases regarding the trademark, “the controversies also beg questions of morality.”

As the legacy of Black and brown artists becomes more mainstream, we will further have to grapple with the conflicting context of how the work is presented. The ongoing discussion around Frida Kahlo is just one instance of several now-passed icons. Her work is the most accessible to discuss. Even the most ardent “separating the art from the artist” proponents cannot argue that with her, Kahlo‘s identity, life and communist politics are her work.