I'm super sure everyone is going follow their instructions immediately. 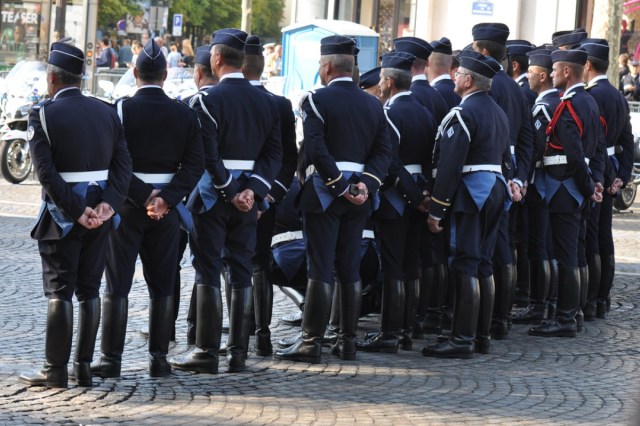 Just because the Oxford Dictionary made “selfie” the word of the year doesn’t mean every language is so lax with their standards. The French even have their own language police, the Académie Française, who tell people which words are okay to use and which are as passé as “freedom fries.” Their most recent target? The abbreviation “ASAP.”

Established in 1635 by Cardinal Richelieu, the Académie has forty members who hold the office for life. The members’ main goal is to stop the poisonous spread of Englishisms into the French language (zut alors!). Calling themselves “The Immortals” – no but seriously though – the Académie has just published a paper condemning the use of the word ASAP in order to protect their language.

“This abbreviation of as soon as possible, which is far from transparent,” the Académie paper reads, “seems to accumulate most of the defects of a language that hides its contempt and threatening character under the guise of modern junk. The use of developed French forms would be more relevant and would not feature this unpleasant and restraining nature. It is a safe bet that the urgency of a request would be indicated in a more refined manner, and the answer would not be any slower.” Instead, The Immortals suggest the use of dès que possible.

The paper also decries the use of “score” or scorer as a verb not applied to sports, when people “should” be using marquer.

Stopping the evolution of language seems fairly futile, but I’m glad (mostly) old white dudes have another forum from which they can tell people how much better things used to be before all these “ASAPs” and “sports” and such.

(via The Guardian, image via CopsAdmirer)