Brown University Plans to Put Menstrual Products in the Men’s Bathrooms, Too

"It’s an initial confusion, but people generally understand when we explain it." 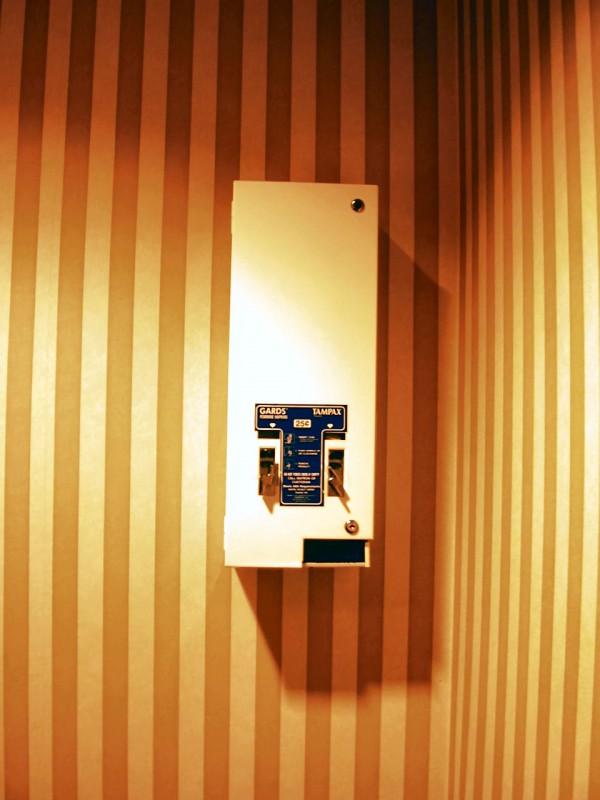 Brown University’s student body president, Viet Nguyen, has decided to implement a small but important change to the on-campus bathrooms this year: menstrual products will be freely available in all of the non-residential bathrooms on Brown’s campus. Yes, all of the bathrooms–women’s, men’s, and gender-neutral ones.

In a campus-wide email, Nguyen explained the reasoning behind the decision: “There’s been a lot of conversation about why pads and tampons are a necessity, not a luxury, but not a lot of action.” Specifically, he wanted to make sure the products were available for free, given that “low-income students struggle with having the necessary funding for food,” and he didn’t want them to have to worry about being able to buy these items as well.

What’s more, students all the gender spectrum may need access to these products, no matter what bathroom they prefer to use. Nguyen realizes that students may not yet be aware of this issue: “I’ve had questions about why we’re implementing this in male bathrooms as well. It’s an initial confusion, but people generally understand when we explain it.” The explanation is pretty straightforward. Some people need menstrual products, and some people don’t. May as well make them free and available to everybody who might need them, just like toilet paper. Not everybody has to use toilet paper when they pee; some people do; it’s available for everybody, regardless. Same diff, really.

More importantly, it’d be a good societal practice to remove the stigma from the idea that tampons exist and are somehow “gross” or “mysterious” or that it would be weird for people to need them. They should seem no more “gross” to anyone than seeing a package of toilet paper. By putting them in every bathroom on campus, Brown University is taking an important step towards normalizing the fact that some people have periods.

It’s also important to draw the distinction that periods shouldn’t inherently be linked with womanhood. Many women do not have periods for any number of reasons, so linking periods to womanhood only increases misinformation and encourages exclusionary misunderstandings about human biology.

Good on Viet Nguyen for helping Brown University take this step into the modern day! Here’s hoping that many other public bathrooms follow suit in the future.

(via Campus Reform, images via Jen Light on Flickr and Gurl.com)