Nothing About This Fred Trump Story Is Surprising | The Mary Sue

Nothing About This Fred Trump Story Is Surprising. It’s the Perfect Encapsulation of the Trump Ethos.

Not surprising, but still upsetting. 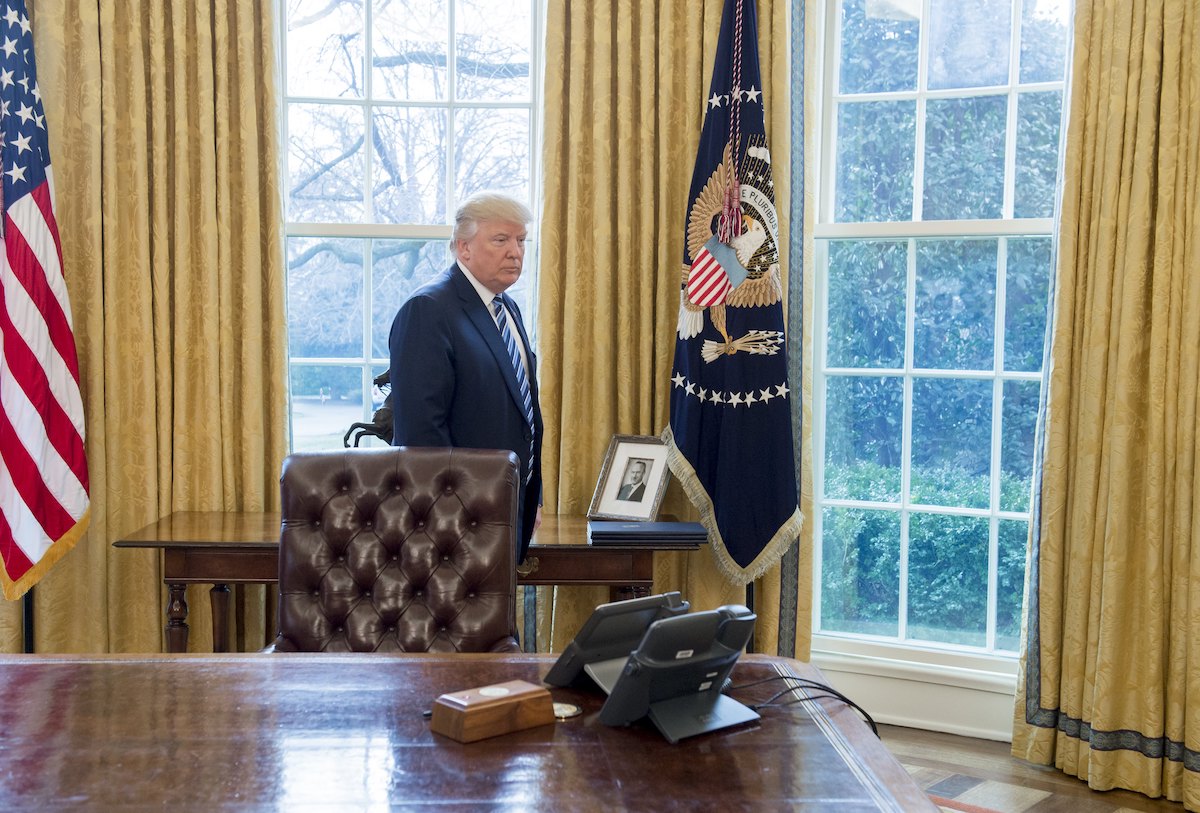 Woke up and saw Fred Trump was trending and my honest first thought was “Oh no, is he back?”

The Trump patriarch is in the news today thanks to an article in the New York Times which claims to have confirmation of what most of us already assumed: The bone spurs that kept his son Donald out of Vietnam were less than real. The Times spoke with the daughters of the podiatrist, Dr. Larry Braunstein, who examined DT back in 1968, and they say the diagnosis was nothing more than a favor for Fred Trump, who owned the building housing his office.

Trump had been examined two years earlier and deemed fit for military service, though he received a college deferment. In 1968, though, when he was out of school after four deferments, that’s when a new exam supposedly discovered the bone spurs that made him ineligible for service. There is no paperwork confirming the Braunsteins’ story, but they seem confident that their father was the doctor who provided the diagnosis, and that it was falsified.

“I know it was a favor,” said Dr. Elysa Braunstein, one daughter of Larry Braunstein, who passed away in 2007. “It was family lore,” she went on to say. “It was something we would always discuss.”

And what did Dr. Braunstein get out of this deal? According to his daughters, it’s the same thing Donald Trump seems to trade in: access to power.

What the podiatrist got in return for diagnosing Donald Trump w bone spurs “was access to Fred Trump,” his daughter said. “If there was anything wrong in the building, my dad would call and Trump would take care of it immediately.” https://t.co/Dz3w3JQBSP

Again, none of this is surprising. It’s generally accepted by most that Donald Trump’s reason for avoiding the military draft wasn’t valid. And you don’t have to be a supporter of the draft or the Vietnam war to take issue with that.

Because what’s really on display here is extreme privilege and an abuse of power, the kind on which Trump built his life and legacy. It also highlights the deep hypocrisy of Trump’s fraught relationship with the military, simultaneously pandering to veterans while insulting people like John McCain and Gold Star families over things he can’t possibly understand.

I could really care less about the draft dodging. The draft is state-mandated murder and if someone lies to get out of it, good for them. However, turning around and then demanding loyalty and praise for how much you love the military? That’s where I have the problem.

In Guthrie’s notebooks, he wrote out these damning lyrics:

I suppose that Old Man Trump knows just how much racial hate
He stirred up in that bloodpot of human hearts
When he drawed that color line
Here at his Beach Haven family project.

Fred Trump built his real estate empire by profiteering off of government contracts, something he was investigated for in the 1970s. He used the Federal Housing Administration to get federal and state subsidies to provide housing to veterans coming home from the war, allegedly bribing officials to get that money, then inflating his apartments’ value and discriminating against Black vets.

Meaning not only did Donald Trump grow up seeing his father enact racist policies, but he grew up seeing how that racism–as well as the exploitation of veterans and systems designed, in theory, to help veterans–was extremely lucrative.