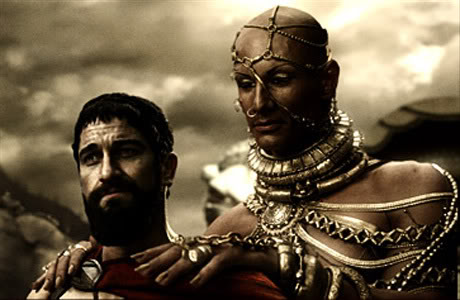 In an interview with the LA Times and in a Twitter based Q&A session, Frank Miller has revealed some details of his upcoming Xerxes, a graphic novel prequel to the groundbreaking 300 with a decent shot at becoming another movie if all goes according to plan.  For example, while Xerxes is the title character, the “lead character” is Themistocles, whose historical role is actually super interesting.  Even Miller admits that the intellectual Athenian statesman Themistocles is the polar opposite of the Spartan war-king Leonidas.  The story will begin at the Battle of Marathon and cover ten years’ time, presumably wrapping up somewhere around the Battle of Thermopylae (i.e., 300).  Both Leonidas and Ephialtes will appear.

Well, that’s all the facts.  But we’d be remiss if we didn’t point out the details in there that stirred the sleeping beast of our nerdrage.  Stirred it, but did not rouse it to full wakefulness.

Also, why is it that even unaltered stills from 300 look like bad Photoshop mock-ups?

The 300 movie caused something of an international stir due to its depiction of Xerxes and other Persians.  Iranian officials considered it “a cultural slur of the highest order.”  I too, find myself disturbed by Frank Miller’s penchant for making his villains “creepy” by giving them feminine characteristics, but that is another post.  In their interview, the LA Times asked him to respond to these accusations.

My intent was misunderstood because in many ways ‘300’ was a deliberate propaganda piece.

What is this I don’t even.

When I work on a story I choose a point of view. For this story, the approach was to tell this story the way the Spartans told it around the campfire. That’s the reason they were fighting against 80-foot elephants and that’s why Xerxes was portrayed as much larger-than-life figure and given these traits that the Spartans would [project on to] their enemies.

OK, that’s all well and fine, but if you’re going to tell a story from a point of view that you don’t want your audience to personally adopt, the onus is on you as the writer to show your readers that the narrator is unreliable.  I realize that this would probably make the Spartans who swallow this propaganda look a bit mindless, but hey, wouldn’t it be nice to depict both sides realistically?  That would be really interesting.  But I guess if we were going to do that, we’d have to talk about how the Spartans were totally gay.  So that’s out.

RT @iloverobliefeld What work of your are you most proud of and why? // “300” It’s the best damn story I’ve ever gotten my hands on.

Well, yeah.  It’s the most direct adaptation you’ve ever done.  It’s not your story.  Also, there’s really nothing I can add to the fact that a Twitter user named @iloverobliefeld follows Frank Miller.

RT @NickandDooie what motivated you to “go back to the well” on Xerxes? / Are you kidding? I get to do Ancient Greek Battle Stories!

Okay, we’ve got no rage for this. We knew classics majors in college.  Yes.  The ancient Greeks were superlatively awesome.  Speaking of which, I also know that there are two kinds of classics majors.  Those who love the ancient world for the sex, and those who love it for the violence.  Which one is Frank Miller, I wonder?

Thank you all so much, this has been fun! I gotta go back to drawing people killing each other. 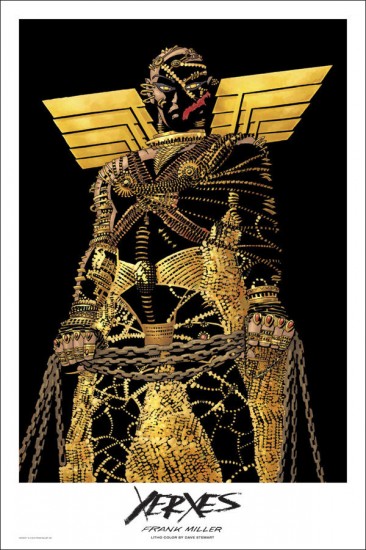 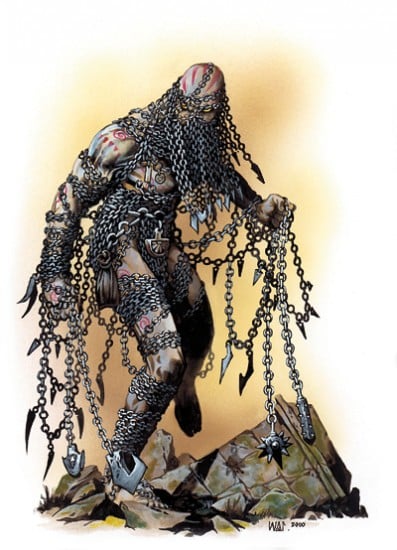