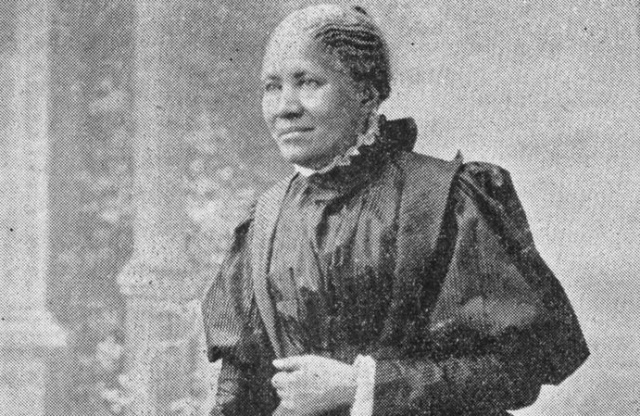 Black female authorship has provided many insights into the realities of black women’s lives, and was also key in creating empathy among white people (mostly white female readers) and making them understand the cruelty of slavery towards black women. Through autobiographical works like Incidents in the Life of a Slave Girl, the sexual brutality of slavery was brought to the forefront, and subsequent novels built upon it.

Frances Ellen Watkins Harper was born the child of free people of color in Maryland in 1825, but was raised by her aunt and uncle after she was orphaned. She attended the Academy for Negro Youth, until the age of 13, and found domestic work in a Quaker household, where she had access to a wide range of literature. After two years teaching, she embarked on a career as a traveling speaker on the abolitionist circuit in 1853 and helped slaves escape through the Underground Railroad.

Harper’s writing became prolific through the anti-slavery newspapers she wrote for, gaining the reputation as “the mother of African-American journalism,” and she was the first African-American to publish a short story.

In addition to her journalism, she published many collections of poetry, a short story collection, essays, and novels. Her most well-known novel is Iola Leroy, or, Shadows Uplifted.

To understand the importance of Iola Leroy, we have to talk about miscegenation fiction. Miscegenation fiction was a popular type of fiction that was about the “forbidden relationships” between non-white people (mostly black, sometimes Native peoples) and white people. Lydia Maria Child was an abolitionist writer who used this genre frequently to explore the myths of white supremacy through stories of beautiful mixed-race people and white people. While nowadays we understand that this is problematic due to colorism, during slavery, this was used to show that if black people were so inferior to white people, then why were the offspring of those “relationships” capable of being accepted as attractive and intelligent?

The most common of these “tragic mulatto” tales would be a mixed-race woman falls in love with a white man, they are married “in the eyes of God,” a.k.a. bullshit because, in those days, you couldn’t marry a non-white person legally. They would have children who usually don’t grow up knowing they are mixed race, and eventually, the white father would die or marry a rich white woman, and the black family members would be sent back into slavery to probably die tragically. You see this in Uncle Tom’s Cabin, Clotel, and many of Child’s own works.

Iola Leroy plays with those tropes because the titular character is the child of that kind of union. Her mother was a light-skinned mixed-race woman married (semi-legally) to a white plantation owner. Iola and her brother are brought up as southern white children, thinking that slavery is okay because their parents are “good” slave owners. A chapter called “School-Girl Notions” contains the passage:

Iola, being a Southern girl and a slave-holder’s daughter, always defended slavery when it was under discussion.

“Slavery can’t be wrong,” she would say, “for my father is a slave-holder, and my mother is as good to our servants as she can be. My father often tells her that she spoils them, and lets them run over her. I never saw my father strike one of them. I love my mammy as much as I do my own mother, and I believe she loves us just as if we were her own children.”

“Our slaves do not want their freedom. They would not take it if we gave it to them.”

In putting these words in Iola’s mouth, Harper is setting up almost a Hitchcockian piece of horror. We as the reader know the truth of Iola’s origins, and that soon shall she. Later on in the chapter, her father summons her to be told about her true heritage by her mother.

“Iola, I must tell you what your father always enjoined me to be silent about. I did not think it was the wisest thing, but I yielded to his desires. I have negro blood in my veins. I was your father’s slave before I married him. His relatives have set aside his will. The courts have declared our marriage null and void and my manumission illegal, and we are all to be remanded to slavery.”

The power of this story, and what I believe to be Harper’s intent, was to show how even in the “best” of cases, slavery can never be a “good” institution. Iola’s beloved father, the “good slave-holder” still lied about his children’s heritage, because he knew that it was something shameful. It also shows that it is easy to condone slavery when you are not enslaved. Before Iola is aware of her blackness, it is easy to treat slavery in a glorified way, but once she realizes that she is not white and that she will be forced into slavery, both physically and sexually, it becomes instantly clear that no one would choose to live like this, kind master or no.

Harper was criticized by other black authors at the time for her “generic choices [that] have been viewed as too sentimental, too imitative, while she continues to be chided, as a Black writer, for not being sufficiently ‘authentic.’ Iola Leroy, supposedly, is disconnected from the ‘real’ concerns of ‘real’ African Americans at the turn of the century,” similar to the criticism that was given to Zora Neale Hurston. Yet, it ignores that Frances Harper created one of the first black heroines of the reconstruction period who had the education and autonomy to create a life for herself. Iola Leroy is also one of the first stories to really deal with the desire to bring families back together post-Civil War. The Reconstruction for black people was not just about rebuilding the south, but rebuilding the black family.

During the Reconstruction, Harper was an activist for civil rights, women’s rights, and educational opportunities for all. She supported her family with speaking engagements after the death of her husband. She was a co-founder of the National Association of Colored Women with Ida Wells-Barnett, Harriet Tubman, and others. 100 years before Rosa Parks, in 1858, she refused to give up her seat or ride in the “colored” section of a segregated trolley car in Philadelphia. In every way, Harper was a revolutionary who used her education to better the lives of black people, especially women. She died February 22, 1911.

Iola Leroy, or Shadows Uplifted by Frances E.W. Harper
Our Nig: or, Sketches from the Life of a Free Black by Harriet E. Wilson
Clotel: or, The President’s Daughter by William Wells Brown
The ‘Tragic Mulatta’ Revisited: Race and Nationalism in Nineteenth-Century Antislavery Fiction by Eve Raimon