Rumor: Fox up for Even More X-Files—Without Mulder and Scully 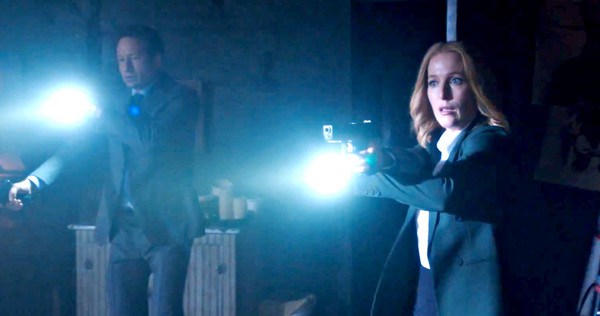 The upcoming X-Files revival is sure to do well for Fox, but what if they didn’t have to let the magic end? What if they could just go on milking the property for all it’s worth long after even the show’s stars have finally moved on? Well, this might not just be a “what if” scenario.

Unsurprisingly, there are rumblings that it’ll actually happen. The revival series featuring original stars Gillian Anderson and David Duchovny will also introduce agents Mills and Einstein, played by Robbie Amell and Lauren Ambrose (who I will forever love for Six Feet Under and so support this spinoff implicitly), and the going rumor is that a series starring the new characters was considered as the revival came together, according to TV Line.

However, there are no concrete plans in the works as series creator Chris Carter tells it … which probably only means that Fox is waiting to see how well the revival does. If it’s a hit, I’d be more surprised if they didn’t find a way to turn it into a new show, even if that hadn’t been an original part of the plan. Of course, in a perfect world, we’d just get more Mulder and Scully, but beyond the revival, I wouldn’t blame Anderson and Duchovny for moving on, and some new blood in the show instead of just letting it fade away could be fun.

So what do you think? Is this a rumor you want to believe?