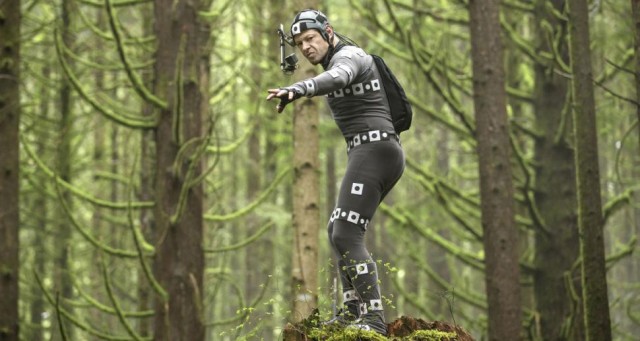 Did you see Dawn of the Planet of the Apes? Do you think Andy Serkis deserves a Best Supporting Actor nomination at the next Academy Awards? Fox does, and they’re going to make sure everyone knows it.

Serkis is a hot comodity these days. Since his time bringing Gollum to life for The Lord of the Rings trilogy, he’s gone on to become to go-to name for motion capture work, most recently helping Mark Ruffalo with his Hulk on Avengers: Age of Ultron (though he does have a role in that film as well). But since Fox thinks his Dawn of the Planet of the Apes work is so strong, they want to get him nominated for an Oscar in a regular category.

The Hollywood Reporter had the scoop explaining…

There had been some speculation that Fox would campaign for Serkis in the lead actor category, despite it being as jam-packed as any this year, if only because Serkis’ part in Rise is top-billed and as prominent as any actor’s in the film. But instead the studio has formally resolved to promote its entire cast — including Toby Kebbell (Koba), Jason Clarke (Malcolm), Keri Russell (Ellie) and Gary Oldman (Dreyfus) — in the supporting categories, an approach that was previously employed on other ensemble-driven films such as Crash (2005), Syriana (2005) and Babel (2006), all of which landed acting noms.

Serkis has been outspoken about motion capture, or performance capture as many prefer to call it, work and the lack of respect it gets. In 2011 he said, “The emotional content of these performances live and die by what the actors bring to the roles on set. I never approach a live-action role any differently to a performance-captured role.”

Fox had also previously pushed Serkis for a nomination to no avail. I didn’t see Dawn, but do you think it will work this time?