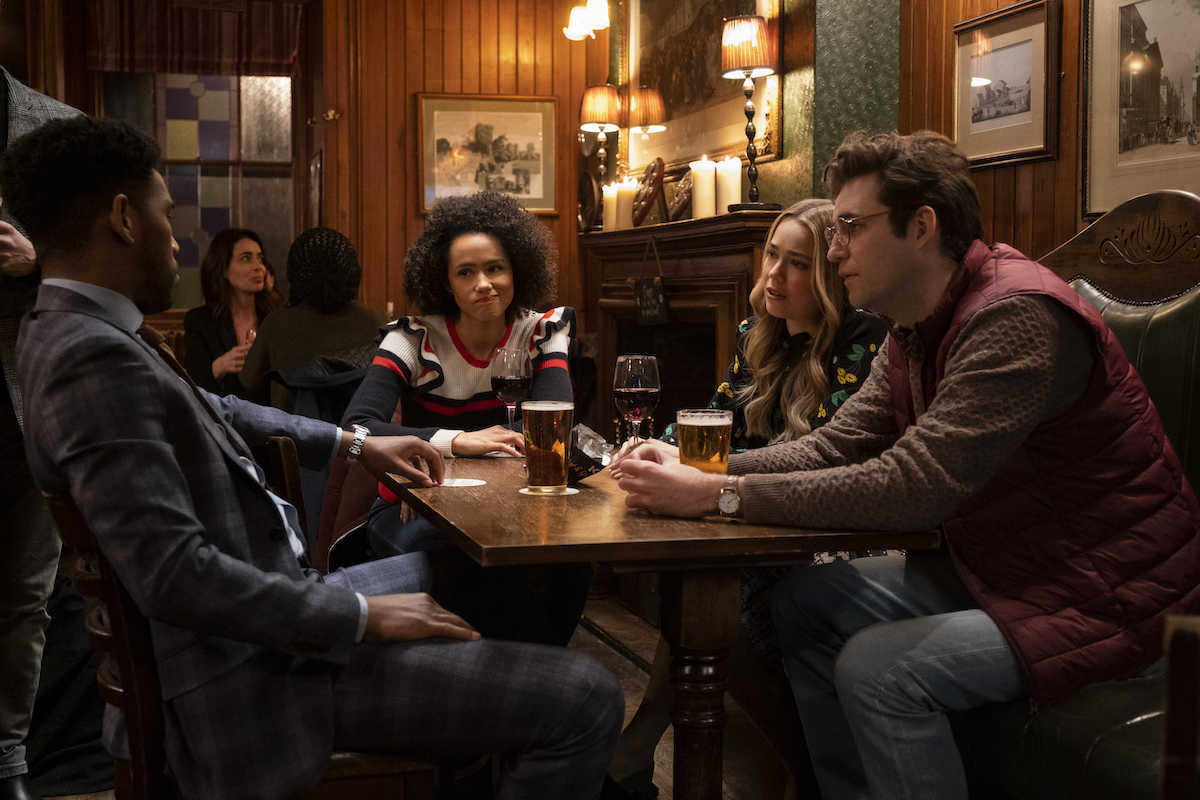 When it was announced that Mindy Kaling and The Mindy Project executive producer Matt Warburton were rebooting Four Weddings and a Funeral as a Hulu series, I couldn’t have been more excited. This is one of the most iconic romantic comedies ever made, being reimagined by someone who has repeatedly proven her love and respect for the genre, with the kind of diversity we rarely see in romcom casts and creative teams. This was big.

Unfortunately, the end result of the show does not match those expectations, not even close.

The show is less a reboot, really, than a spiritual successor to the original film. The movie centers primarily on Hugh Grant’s Charles as he attends the titular events and keeps crossing paths with Carrie (Andie MacDowell), a beautiful, charming American woman. The adaptation spreads its focus more evenly between four 30-year-old American friends living in London.

On the one hand, this is a great move, because the last thing we really need right now is a romcom series centered on a bumbly (even adorably so) white dude. The diversity of this show is one of its greatest strengths. (At least in terms of racial diversity. It is incredibly disappointing that the television show has far less LGBTQ+ representation among its core characters than the original.) But on the other hand, it’s not really clear why this needed to take on the name of the film as it bears zero resemblance to its successor.

It’s not just the change in characters, although those are significant–and it’s good that they’re not trying to recreate the same characters because Duffy, the floppy-haired self-pitying romantic most closely resembling Hugh Grant is so consistently terrible that he might risk ruining your memory of Charles.

The other characters we have in the new version are Ainsley (Rebecca Rittenhouse), a trust-funder engaged to a man named Kash, who works in finance but secretly harbors other dreams, Craig (Brandon Mychal Smith), a lifelong bachelor now in his first real relationship ever, and Maya (Nathalie Emmanuel), the only one from this college friend group who didn’t move to London, choosing instead to stay in the states for her job/married boyfriend, and the person Duffy (John Reynolds) has been pining over for a decade.

The entire tone of this reboot is so different from the original that it’s not clear why it felt the need to use its name. The real core of the film–and what makes it so unique in its genre–isn’t Charles’ romantic life; it’s the bond between the friends. The big life events of the title are largely a backdrop–the kind of big momentous events late-20/early-30-something suddenly find themselves attending with some regularity, giving a forced and usually unwelcome standard against which they have to measure their own milestones.

In Hulu’s version, we’re constantly told that this friend group is close–close enough for most of them to move to a different continent together and stay friends nearly a decade later. But there’s really nothing to make us believe it. These friends don’t share much screentime, instead splitting off into various subplots, and when they do, their chemistry is largely lacking. This show has such great writers and such great actors, and yet the whole thing never really gels with the sort of charisma it should have in excess.

Aside from a few cute references (like a shared opening line), the most tribute the show seems to pay to the film is to invest in a whole slew of romcom tropes in general. If you’re looking for someone to break out into song (complete with full hidden band) during a wedding ceremony or to make a big proclamation of love in the rain, this show has got you covered. I trust Kaling enough to believe that these are deliberately referential, but without much substance to back them up, the whole thing just ends up being a manifestation of the genre’s most frivolous elements.

There is, actually, one romcom trope that the show ends up not just utilizing, but really subverting: that of the quirky best friend. There are two of these in the show: Ainsley’s neighbor Gemma and Kash’s childhood friend Bash. Both of these characters end up with more extensive roles than we might expect from the Romcom Best Friend (although that’s all I can say to avoid spoilers) and their subplots end up being far more interesting than those of most of the main characters.

Even with all of these issues, Four Weddings and a Funeral isn’t an unenjoyable watch. It’s fun, fluffy, and overstuffed, making it a great respite from a lot of the heavier must-watches airing right now. But if you’re hoping this will rival its source material or hold up against the rest of the new “Romcom Rennaissance,” you’ll definitely want to lower your expectations.

The first four episodes of Four Weddings and a Funeral premiere on Hulu on July 31st, with new episodes weekly after that.

Four Weddings and a FuneralHuluromcoms