Forest Whitaker Reportedly Back For 'Andor' | The Mary Sue

Bring me all my Rogue One friends! 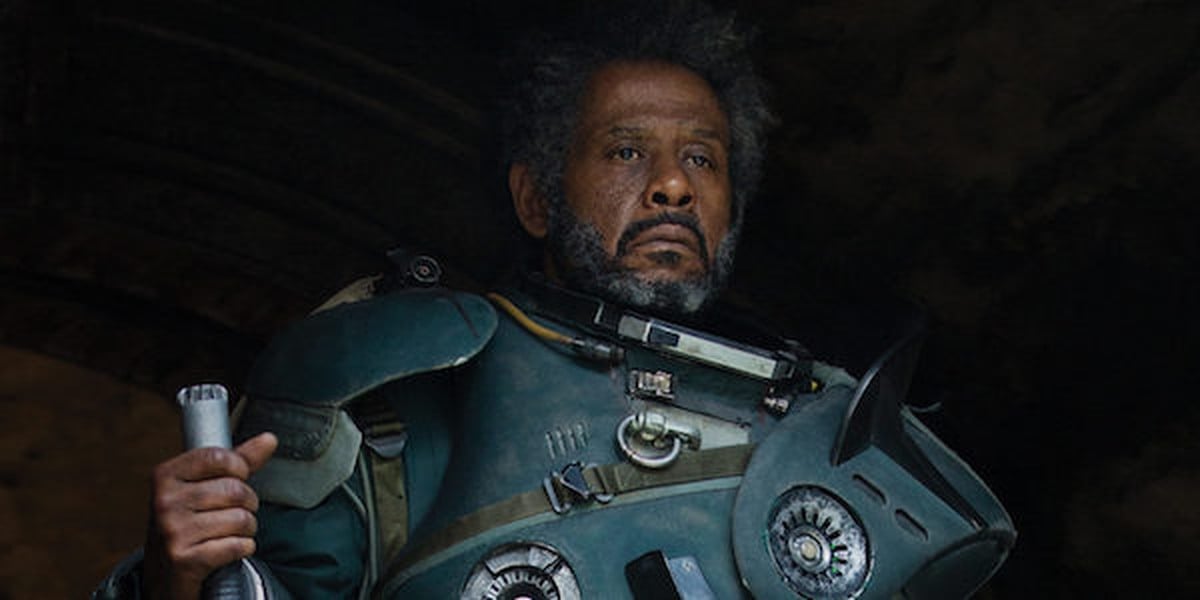 The world of Rogue One continues to grow with the prequel series Andor. And now fans may be seeing the return of Forest Whitaker’s Saw Gerrera! Stellan Skarsgård (who is also in Andor) may have let the cat out of the bag during an interview with a Swedish radio station. So while we have nothing confirmed, it’s still an exciting theory to run with—especially seeing as Whitaker loved playing Saw Gerrera.

Rogue One: A Star Wars Story is easily one of the best movies in the Star Wars franchise but it also hurts to watch. Why? Because (spoiler alert) every character you meet and fall in love with dies. Including Saw Gerrera. Cassian Andor (Diego Luna) is a rebel spy and while my little heart hoped that he just retired after stealing the plans with the Death Star with Jyn Erso (Felicity Jones), Bodhi Rook (Riz Ahmed), Baze Malbus (Jiang Wen), and Chirrut Îmwe (Donnie Yen). Obviously, that didn’t happen and I watched every single character I just met meet their gruesome end in a horrifyingly tragic look at war and those who lose their lives for the cause they believe in.

But then Disney and Lucasfilm said “Want to know more about Cassian Andor?” and my little self got excited (especially since I do own two different Cassian Andor Funko dolls). But building that world out for Cassian didn’t seem to include his old friends, especially since we know he knew K-2so (Alan Tudyk) but everyone else he met was relatively new to him. But Saw Gerrera is a figure throughout most of Star Wars (prior to the original trilogy and subsequent stories thereafter). So him showing up in Andor would make sense. He was a huge part of the rebellion right from the start, as we saw in Star Wars: The Bad Batch, so having him deal with Cassian (or those around Cassian) makes sense.

When we see Saw in Rogue One, he’s broken from the rebellion and Cassian, Mon Mothma, and the rest of the rebellion are hoping that Jyn will be their ticket in to see Gerrera without being killed. So maybe we will get to explore why Saw Gerrera became an extremist and broke from the rebellion in the first place. Maybe we’ll get even more characters from Rogue One showing up as well (I have high hopes for an appearance from Jimmy Smits’ Bail Organa).

Whether or not Skarsgård was telling the truth, I do hope that we get to see Whitaker’s Gerrera again. He was an interesting character to have dropped in our laps only to say goodbye (but then again, it was Rogue One and that’s that entire movie) and with Whitaker loving him, why not bring him back as much as possible in these prequel series on Disney+?