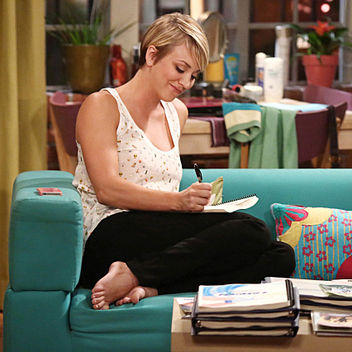 Last month Forbes released a list of 2015’s highest-paid TV actors, and now they’ve shared their findings on the world’s highest paid TV actresses. Although the amount made by all of the actors and actresses is obviously astronomical, the results showcase the entertainment industry’s gender wage gap and lack of diversity, a problem that trickles down and impacts members of the business whose earnings are more modest.

The two highest-paid actresses were Sofia Vergara (Modern Family) and Kaley Cuoco-Sweeting (The Big Bang Theory), who each made $28.5 million before taxes between June 1st, 2014 and June 1st, 2015. Jim Parsons, the highest-paid TV actor, took in $29 million.

Although it’s exciting to see a woman of color and an openly gay actor topping those lists, Forbes writes that Hollywood’s gender and racial bias are still obvious:

While the salaries of the actresses on this list are undeniably substantial, TV stars still experience a significant pay gap when compared to their male counterparts. The cut-off to be on this year’s list of top-paid TV actors was $9.5 million—$4.5 million more than that for TV actresses—as we continue to see actors out-earning actresses and landing the lead role more often.

Vergara, Mindy Kaling, and Kerry Washington (who earned $7 million) were the only women of color to make the list. Forbes writes:

Hopefully as America begins to welcome more television shows featuring primarily Hispanic or African American characters—Fox’s Empire, ABC’s black-ish, Lifetime’s Devious Maids or the CW’s Jane the Virgin, for example—the paychecks of these actresses will catch up, and we will see a list including Taraji Henson, Tracee Ellis Ross or Gina Rodriguez in the years to come.