For the Love of Hera: Netflix’s Blood of Zeus’ Messy Relationship With the Queen of the Gods 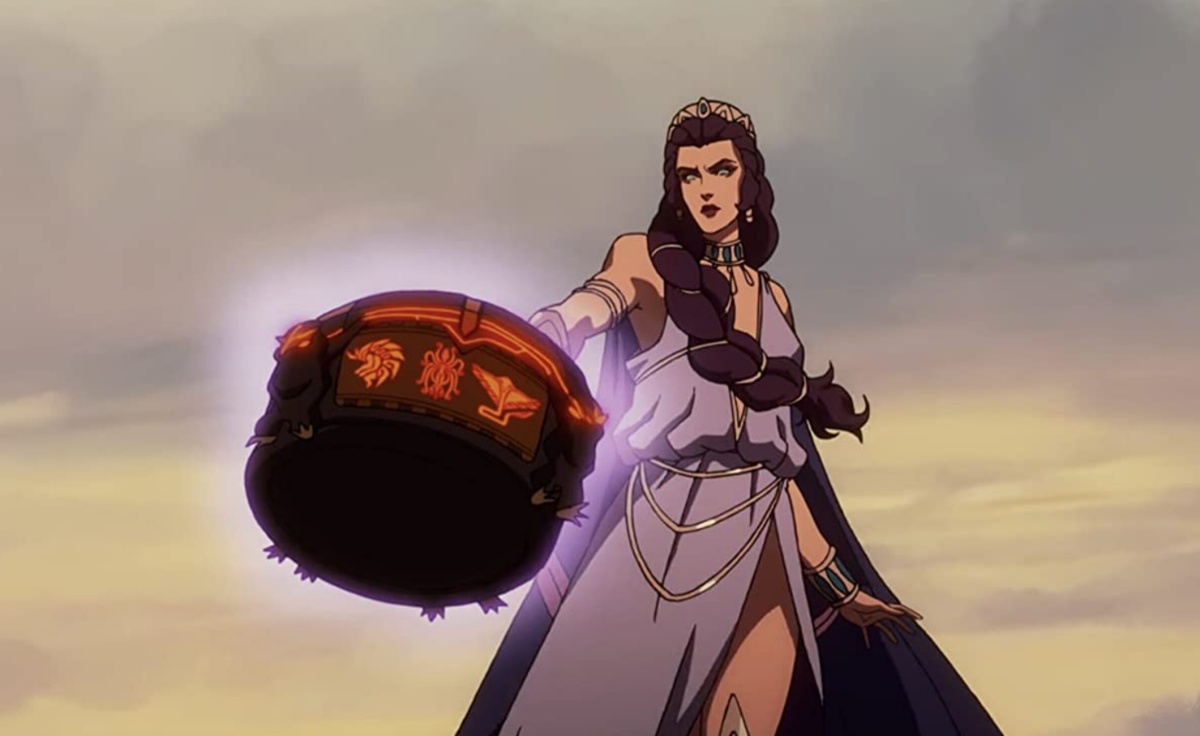 The latest adult animated television series for Netflix, Blood of Zeus is a “forgotten” Greek myth about Heron, the demigod son of Zeus, trying to save Heaven and Earth from demons who have feasted on the blood of giants and are causing all kinds of trouble. Created by Charley and Vlas Parlapanides, the series plays a lot of the tropes in Greek Mythology straight, but also attempts to give the gods their due (not so much the goddesses, sadly). However, as always, my eyes turn to my patron goddess and favorite, Hera.

As she is prone to, in Blood of Zeus, Hera is big mad because Zeus has flooded Olympus with all of his out-of-wedlock children and constantly disrespects his wife with his infidelity. This leaves the queen of the Heavens full of rage and vengeance that she acts out on Heron and his poor mother, Electra.

Hera’s role in most tellings of mythology tends to be very one-note: cruel, jealous, spiteful, and full of vengeance towards the women, as the trope-maker of a woman scorned. This is unfortunate because it singles Hera out as being uniquely malevolent, but the Greek gods are all petty assholes, and Hera is no different. Being the goddess of marriage, yeah, it is a big deal that Zeus continues to have affairs and flaunt them in her face, and she can’t do anything about it to him.

If I have one major complaint about Blood of Zeus, it’s the way it frames Hera and Zeus. Zeus is a rapist, but that’s softened explicitly in the series, and his gaslighting of Hera is seen to be just good old-fashioned “gotta protect this woman from the ball and chain.” At one point, Electra says, “You fear Hera more than you love me,” and it’s like, girl … have you heard of Io, Ledo, or like any of the women who had to give birth in caves out of fear of Hera’s wrath? It is no joke.

What’s more is Zeus is shown to take an active part in son Heron’s life, which he pretty much never did until the child was interesting, and it feels like a lot of his actions are presented to us in a way that fails to acknowledge that this man, this god, is not a good person. Hera is depicted as willing to destroy potentially everything for revenge, when we all know that personalized mental torture was her bag.

I don’t think Hera needs to be treated like a feminist or #girlboss character, but I think that, so often, the default is to paint her as the only malevolent, vengeful god, and that is far from true.

Finally, fun fact: Worship of Hera, as a goddess, in the real world is potentially older than that of Zeus, with her own cult of worship having existed long before Zeus became such a powerful figure, and some scholars and historians think that the jealous persona was later ascribed to Hera to undermine her worshippers and to put her in a position of submission to Zeus. Just some food for thought.