The History of the Foam Finger, and Why Its Inventor is Mad at Miley Cyrus

I'm sure we can all guess which giant foam finger Miley has prepared in response. 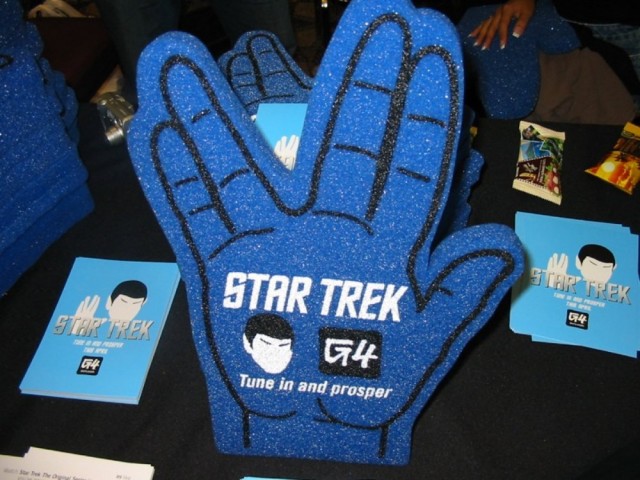 I’ve heard at sporting matches people put large foam hands over their real fleshy hands to show support for their favorite team. It seems like a strange thing to do. Since foam fingers are in the news now, I thought it would be a good time to look at their history and find out why the inventor is mad at Miley Cyrus. Step into the WayBack, Sherman.

The comically oversized hand was first invented by a man named Steve Chmelar back in 1971 to show support for his team at the Iowa State High School Boy’s Basketball Finals. The original hand was constructed from paper mache. Take a look at this picture of Chmelar with the hand from the 1971 Ottumwa High School Yearbook: 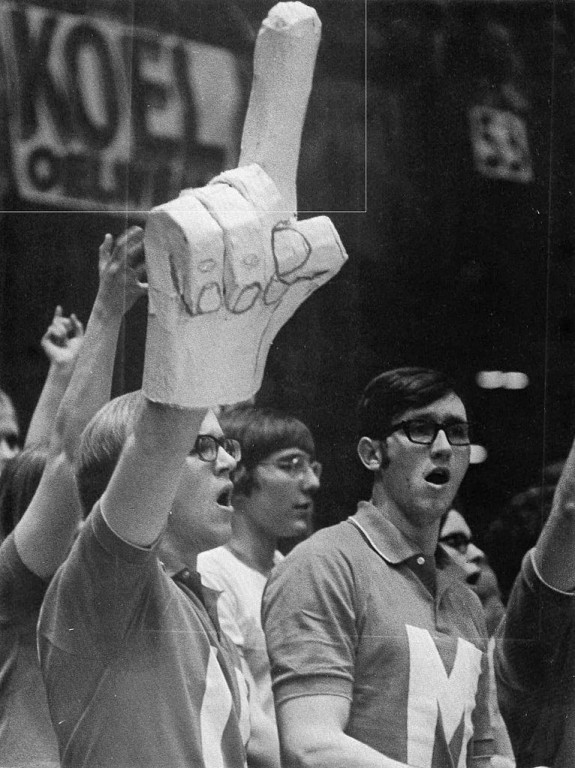 There was an updated version of the big silly hand done in 1978 by teacher Geral Fauss. He turned production of the hands into a project for his industrial arts class who produced early prototypes from plywood with “#1” painted on them.

Fauss brought the hands to market and got involved in sports merchandising, making event-specific versions of the hands like the one created for the 1978 Cotton Bowl. In 1979 the hands were first produced using polyurethane foam, because at some point Fauss probably realized giving a bunch of sports fans a big piece of plywood to wave around in the air is a horrible idea.

Since 1979, the foam finger has become iconic at sports venues, with versions being made for specific teams, and in a number of different shapes, including the Vulcan salute seen in the cover image of this story. They’ve become popular with fans over the years, because everyone secretly wants to have giant, brightly-colored hands.

And Chmelar is pissed.

He told Fox Sports, “[Miley Cyrus] took an honorable icon that is seen in sporting venues everywhere and degraded it.” Don’t worry though. He thinks it’s going to take a lot more than Miley Cyrus doing… uhm… that (see above, then futilely try to unsee above) to permanently tarnish the good name of the foam finger. He added, “Fortunately, the foam finger has been around long enough that it will survive this incident.”

The foam finger as an institution may survive, but that specific one from the VMAs? That one should probably be burned and have its ashes buried in that landfill with all the old E.T. Atari cartridges.

(via Mediaite and Wikipedia, image via Wil Wheaton)