Will we ever get sick of making tiny versions of human things? Please say no. 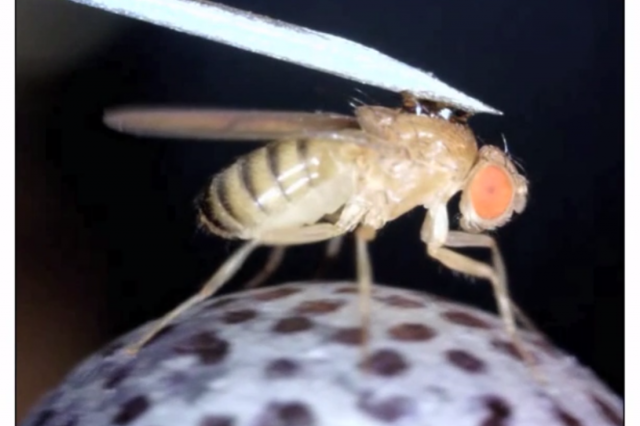 We just told you about the scientists who developed tiny camera helmets for falcons to study their hunting patterns; now, we bring you science’s excuse for creating teeny treadmills for houseflies. They’re using them to study how flies perceive motion! It’s totally not just because they wanted to build a microscopic fly treadmill. No way.

A team of neurobiologists from Stanford University wanted to figure out why houseflies are so good at avoiding your swatter, so they set up a contraption in which they could study the flies’ response to movement. The team tethered the flies to sticks, popped them onto their adorable round treadmills, and then played videos showing spontaneous movement. They watched the flies’ reactions from there.

To get a comparison, the scientists then exposed humans to the same kind of movement videos while hooked up to electroencephalogram (EEG) monitors. The conclusion was surprising, given that flies and humans last shared a common ancestor over 500 million years ago. Flies and humans analyze motion in almost the exact same way: by computing information about a moving object’s speed, direction of motion, and brightness.

This study will help neuroscientists to understand why brains have evolved in certain ways, find if there is an optimal way of perceiving movement, and potentially offer insight into how the brain solves problems.

Now, I think I would like a tiny fly treadmill and an army of pet houseflies.