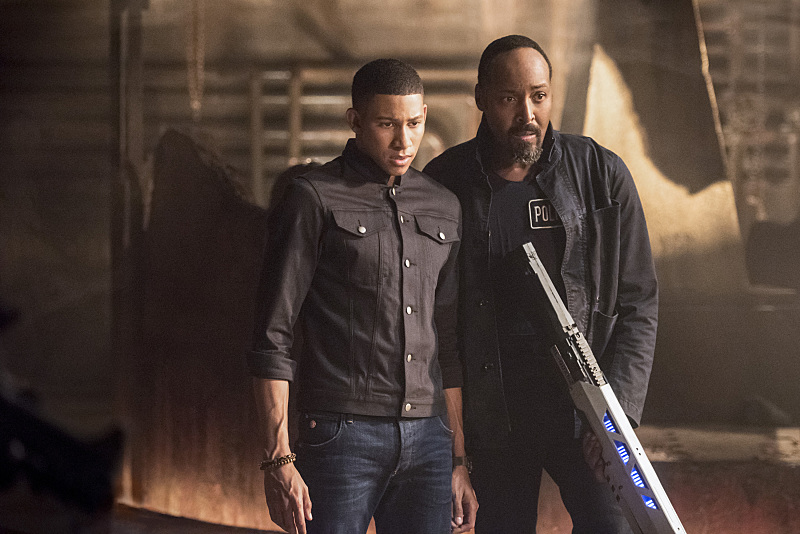 Welcome once again to our weekly open discussion for the CW’s The Flash! Last night’s episode, “Shade,” was a bit slow-moving, but there was still plenty of progress made for a few members of Team Flash. Come on in and talk about it with your fellow commenters, but remember that spoilers abound.

Last night, we moved towards Wally getting his Kid Flash powers, but the involvement of Doctor Alchemy in that happening is more than unnerving. Meanwhile, the whole episode ended in a cliffhanger, with Savitar, the “god of speed,” menacing the Flash. Meanwhile, Caitlin finally confided in Cisco about the existence of her cold powers, and we got a hint at a potential future battle between the two—as well as a reveal to the rest of the team.

What will become of Wally after he touched the philosopher’s stone? How does Barry get out of this particular jam? Why are Cisco and Caitlin fighting in his vision? Have it out in the comments!