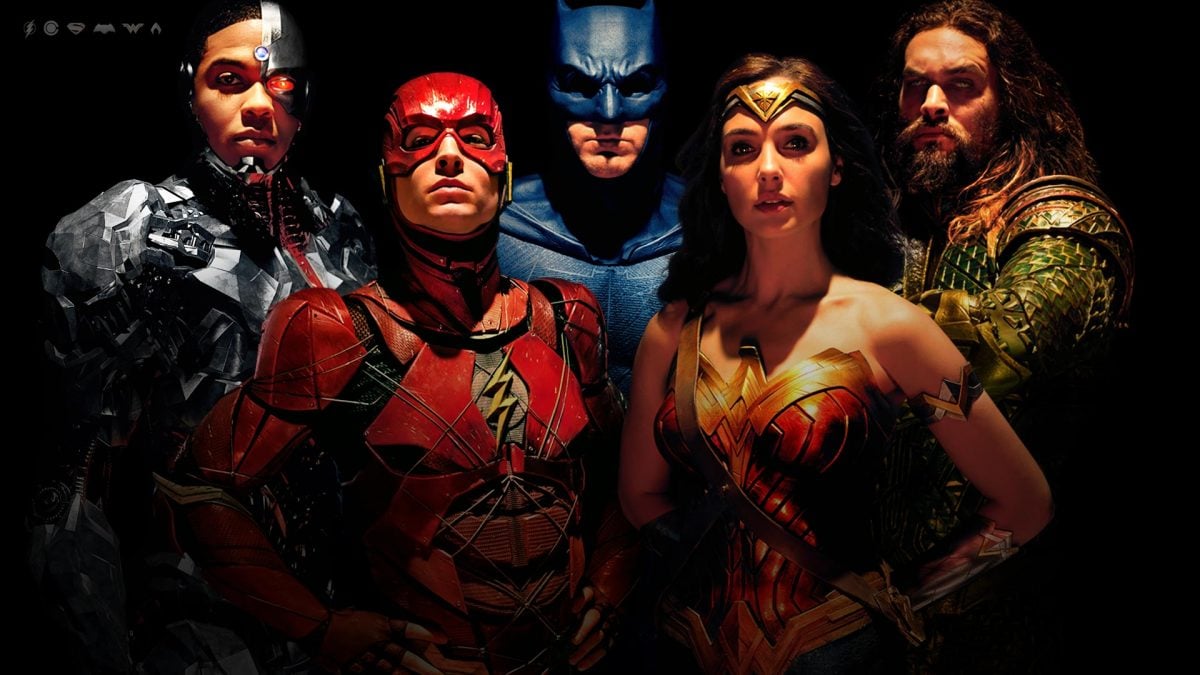 Another day, another DC Entertainment shake-up. Diane Nelson, president of DC Entertainment and Warner Bros. Consumer Products, has announced that she will not be returning to her post at the studio. In addition, chief creative officer Geoff Johns is also stepping away to form his own production company. In their absence, Walter Hamada has taken the reins of DC film production and is working to wrangle and streamline the studios’ competing projects. But why has the studio struggled so hard with iconic comic book characters and properties and endless funds at its disposal? With the notable exception of Wonder Woman, Warner Bros. has yet to capitalize on the promise of a DC cinematic universe. Here are five ways to fix the flailing franchise, from the hive mind here at The Mary Sue Productions (not a real thing but ugh could you imagine?)

There are many things that contribute to the success of the Marvel Cinematic Universe: limitless budgets, talented directors, charismatic stars. But the linchpin of the entire endeavor is Kevin Feige. The producer and Marvel Studios president brings a coherent, grand scale vision to the MCU that maintains the studio mandate. While each Marvel film has it’s own style, they all fit together thematically. Ultimately, what makes Feige so effective is that he is first and foremost a fan. He truly knows and loves Marvel material, and that passion carries through in the films he produces. No, the MCU isn’t perfect, but they’ve got more hits than misses under their belt and they’ve accomplished a staggering amount in their first ten years. DC Entertainment has yet to find an executive that matches Feige’s enthusiasm and they have suffered for it.

When Christopher Nolan made his Dark Knight trilogy, he reinvented what a superhero film could be. Nolan brought a dark, gritty and politically relevant Batman to life that had previously only existed on the comic book pages. His films are so iconic now, it’s easy to forget that before Nolan took on the caped crusader, the Batman film franchise was in tatters thanks to the bombastic and hyper-cartoony films from Joel Schumacher. After Oscar wins, critical acclaim, and over $2 billion in earnings, it’s easy to see why Warner Bros. would attempt to replicate the success of the series with its new DC universe. Unfortunately, in doing so they placed the reins in the hands of a director who is decidedly not Nolan…

You can see the meeting in your head: a cabal of older white men, chomping on cigars, flipping through stacks of resumes of white male directors. “Get me someone gritty! The kids can’t get enough of this depressing superhero shit!”Eventually, they land on Zack Snyder and give him the reins to the entire universe. He makes gritty, stylish, CGI-driven action films that (sometimes) make money, so why not?

Whether or not that’s how it all went down, hiring Zack Snyder to set the tone for the DC universe was a mistake. In fact, hiring any one director to rule over a cinematic universe is a mistake. By giving Snyder unfettered access and control, Warner Bros. unwittingly killed the creativity and uniqueness that a variety of directors and creators would bring to each project. As a result, each DC film he makes is a facsimile of the one that came before. Man of Steel, Batman v Superman: Dawn of Justice, and Justice League are indistinguishable from one another: each film features desaturated color, brooding violent anti-heroes, excessive CGI and video game-style fight scenes.

Snyder has taken the surface level qualities of Nolan’s trilogy (color palette, bleak world outlook) but none of the character building or thematic resonance that the Dark Knight trilogy was famous for. And that’s not to say that Snyder isn’t a talented filmmaker. He clearly has the vision and technical skill, and his remake of Dawn of the Dead remains one of my favorite horror movie reboots. Unfortunately, his films for DC lack the fun and excitement that Marvel has in spades. I watched the original Christopher Reeve Superman recently and was struck by how fun and joyful the film was, especially when compared to Henry Cavill’s dour hobo lumberjack take on Kal-El. Which brings me to my next point.

Part of Wonder Woman‘s success was its spirit of joyfulness and celebration. In many ways, the film was a throwback to the rollicking action-adventure films we grew up with, like the Indiana Jones series, the Back to the Future trilogy and even the original Star Wars. These movies achieved international success because they are first and foremost a delight to watch. There is humor, lightness, and goofy sidekicks galore. You can call it a cliche, but there’s a reason these films just plain work: they’re fucking fun. Comic book movies can and should have a message, but they are ultimately about escapism. The appeal of these movies harkens back to our childhood, to running around our backyard with a bedsheet around our neck as a makeshift cape. DC films have none of the inherent playfulness that makes so many of these films a delight. I’ll take playfulness any day over two grown men screaming ‘Martha!” at each other in the rain. I mean, it’s a bad sign when your leading man becomes a depressed meme.

5. Make Your World Diverse in Front of and Behind the Camera

After 10 years, the MCU is finally hiring more diverse directors to helm their films, a move which has been staggeringly successful. Taika Waititi’s Thor: Ragnarok brought a goofy sense of humor and an explosive style to the franchise that reinvigorated the character of Thor. Ryan Coogler created a cultural moment with Black Panther. DC saw the light in one way and hired Patty Jenkins, who gave us a Wonder Woman to root for. These aren’t coincidences. Diverse voices behind the camera bring a wealth of experience, knowledge, and most importantly perspective to these films that make them resonate in powerful ways. Diversity and inclusion is not only the right thing to do: it just plain makes these movies better. DC’s hiring of Cathy Yan to direct the standalone Harley Quinn vehicle is a step in the right direction. We’ve had a century of straight white dudes telling stories, and it’s long past time to pass the mic.

6. Enough with the Joker, Already

Okay, I know I said five, but I couldn’t resist adding this last thing. Can we get a break from the Joker? The Clown Prince of Crime is an iconic villain, but I don’t need to see more nihilistic renditions of the character on screen. Jack Nicholson, Heath Ledger, Jared Leto have given us their take on the sadistic agent of chaos. Now DC has announced a Joker standalone film with Leto, as well as a competing Joker origin film starring Joaquin Phoenix. More broody pale males with a penchant for pain? Yawn. There are plenty of worthy villains to explore in Batman’s Rogue’s Gallery, why not give one of them a turn at the plate? Call me when y’all make a Poison Ivy film.

What are your thoughts on the DC Universe? Let us know in the comments.