Because we are officially over ScarJo and her nonsense. 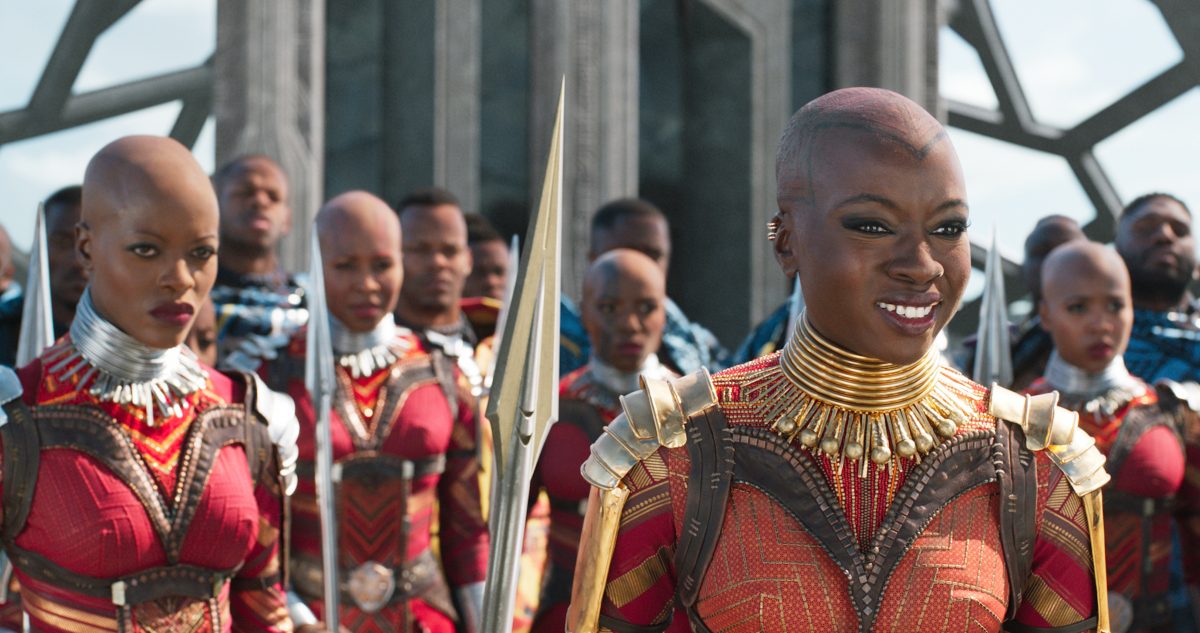 Yesterday, it was announced that Cate Shortland will direct the upcoming Black Widow standalone movie, making her the second female director in the Marvel Cinematic Universe. More female directors and female superheroine films are surely something to celebrate, but our enthusiasm for a Black Widow movie has been somewhat dampened by Scarlett Johansson’s recent drama. Which is a shame, because now the awesomeness of Black Widow has been inextricably tangled with the actress who plays her. No one wanted a Black Window movie more than I did, but now that we’re getting it, it feels more bitter than sweet. Our own Princess Weekes already expressed her complete lack of interest in seeing a Black Widow movie, and I can’t help but agree with her.

In response, let’s talk about the women of the MCU who deserve their own standalone movie. Here are our top five MCU heroines we want to see get a starring role in their own film.

There’s a lot to love about Black Panther: the performances, the stunning cinematography, the representation, the resonant and surprisingly political themes. But we fell in love with the abundance of strong, kickass women who defend Wakanda: Queen Ramonda, Shuri, Nakia, and the all-female Dora Milaje celebrate female strength and power and give us smart, capable female characters that aren’t just relegated to the role of hero’s girlfriend. Leading the pack is the general of the Dora Milaje and T’Challah’s trusted friend and guard, Okoye. Danai Gurira’s performance gives us a woman who is a fierce warrior, a loyal friend, and a conflicted wife. We so rarely get to see women like Okoye, who is more than deserving of her own movie. In fact, we would love to see a whole Dora Milaje spin-off series, please and thank you.

Nebula has the darkest origin story of nearly anyone in the MCU. Abducted from her home by Thanos, trained in battle against her sister Gamora, and non-consensually modified with mechanical parts until she was more machine than woman. No wonder Nebula is angry all the time. While Nebula plays a pivotal role in the comics when it comes to the infinity gauntlet, we’ll have to wait and see whether or not Avengers 4 will follow this storyline. Either way, Nebula’s tragic backstory and thirst for revenge would make a great movie.

Thor: Ragnarok is on Netflix right now, and it is infinitely entertaining. Between its production design, sense of humor, and all around weirdness, it is easily one of my all-time favorite MCU films, and it owes no small debt to Tessa Thompson’s performance as Valkyrie. A standalone Valkyrie film can explore her origins as part of the Asgard’s fiercest female warriors, delve into her canon bisexuality (which was sadly cut from the film) and explore her issues with alcoholism. There is SO much to unpack with Valkyrie, that anything less than a standalone series wouldn’t suffice.

Sure, she got her short-lived ABC series, but I am far from done with the adventures of S.H.I.E.L.D founder Peggy Carter. There are no shortage of missions and adventures for Agent Carter, who could easily become the MCU’s version of a female James Bond. There are decades worth of stories to be told about the illustrious agent, plus an opportunity to re-team her with the Howling Commandos, young Howard Stark and more. More Hayley Atwell is never a bad thing.

Yes, I’m including two women from Thor: Ragnarok, come at me. Cate Blanchett’s Hela was such a captivating screen presence, both awesomely powerful and wickedly funny. A Hela origin story and the adventures of her and young Odin would be a blast to watch. It would be like Paper Moon with more intergalactic domination. Plus, Fenris as a puppy? 10/10 would watch.