Fish Mooney's Coming Back to Gotham | The Mary Sue 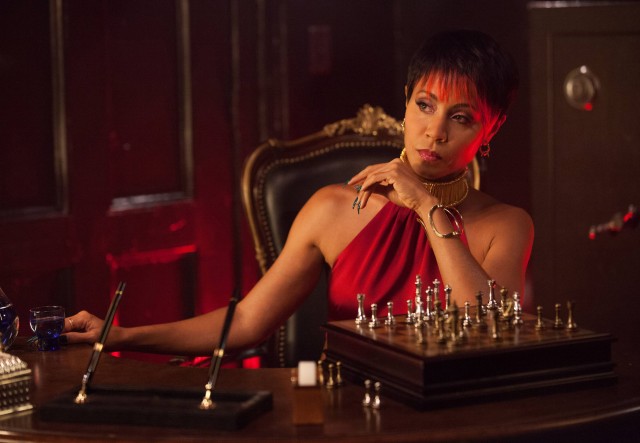 After Fish Mooney’s classic Disney death on Gotham, I always assumed she could come back — that is, if Jada Pinkett Smith wanted to come back and play the part again.

I felt so sad to see Fish Mooney leave the show initially; she stole every scene in which she appeared, and I loved to watch her do it. Her departure forced the show to find its feet without her strength holding it up, though, and Gotham ended up settling more into its super-campy tone. At this point, I feel like the show might actually be strong enough to support a character like Fish, without all of the shaky tone changes of the first season. Gotham has now firmly decided on its aesthetic: it wants to do Tim Burton’s Batman, not Christopher Nolan’s, and it’s been much better for it.

Fish Mooney will make her return in the back half of season 2 of Gotham, which starts up this February 29th.

(via Variety, image via Batman Wiki)