On Gotham, Paul Reubens Will Reprise His Batman Returns Role As Penguin’s Dad 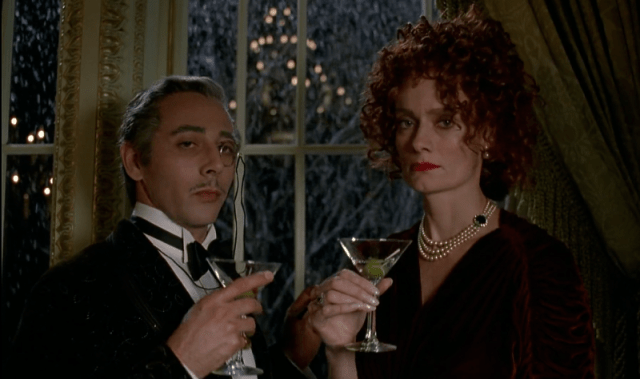 Penguin’s never had a father figure on Gotham before, although he does have an unforgettable mother (played by Carol Kane). We’ll now finally discover who the Penguin’s dad is — and it turns out it’s the same guy we’ve already seen play Penguin’s dad before, because Paul Reubens will be playing the part again, just as he did in Batman Returns. You might know Paul Reubens a little better as Pee Wee Herman.

For me, at least, this solidifies the direction that Gotham has been aiming to head from a stylistic standpoint, particularly in this second season: they want Tim Burton’s Batman, not Christopher Nolan’s. That could be why this season’s been a lot more palatable for most; it’s been goofier and campier, but still unquestionably dark and spooky at times. Perhaps the show’s finally settling into its own, or perhaps the writers finally admitted out loud that they prefer Batman Returns to Batman Begins, but regardless, I dig the results. The casting of Paul Reubens seems like the icing on a surprisingly decent cake.

More casting news: The Shield‘s Michael Chiklis will show up on Gotham as Captain Barnes. Hope he’s ready to walk the balance between hamming it up and getting gritty that all roles on Gotham seem to require.

What do you think about this season of Gotham? Have you picked it back up? (Have you been enjoying my Gotham recaps, which will return this week, now that the NYCC bluster is over?)

(via Pajiba, image via io9)