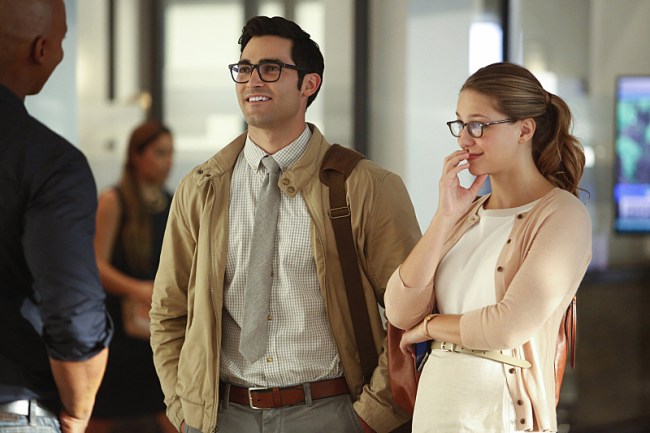 October can’t get here fast enough! The CW has released a first clip for the upcoming second season of Supergirl, and we get to see our two favorite members of the House of El leap into action as an aircraft with 200 people aboard suffers an explosion and is about to crash. Check out the sneak peek below!

Some fans have expressed worry that the arrival of Superman on the show would somehow eclipse Supergirl on her own show. While this clip seems Clark Kent/Superman-centric at first, it’s likely his adorkable introduction in the series (and seriously, was this guy ripped from the pages of a comic book? Tyler Hoechlin’s jawline — dayum!). Meanwhile, Kara stays true to form, getting to the aircraft first even though she left to respond to the disaster after Superman did, and showing that she does indeed fly faster than the Man of Steel, as mentioned by James Olsen in Season One.

Their relationship also seems really sweet, and the way that they wordlessly handle the plane without needing to coordinate establishes that there’s already a natural rhythm between the two of them when working together. Call it a family connection, or just two Kryptonians with similar desires to do right and use their powers for good, or both! It seems that Superman is going to fit right into the world of Supergirl.

And yes, he’ll fit into her world, not the other way around.

Season Two of Supergirl premieres October 10th on The CW.

(via io9, featured image via screencap)